Breathing raw imagination from every facet, this house has been delicately restored

Everything exists in context. Thus a successful renovation or restoration requires restraint as well as imagination. Respect for the past is as essential as a regard for the here and now.

Graced with all manner of artistic expression – from intricate carvings to innovative lighting and stained glass windows – this house's interior is the work of multi-disciplined Chicago artist Edgar Miller. Transformed by Miller from a grand, but unexceptional 1880s brick home into a lived-in work of art in the 1930s, it needed another artist's touch to respect, restore and contemporize the residence.

Edgar Miller first attended the Art Institute of Chicago at 17, and by the mid 1920s his talent saw him well established in the bohemian world of the Chicago renaissance, says the owner of the house, and aficionado of Miller, Mark Mamolen.

"Inspired by fellow artist Sol Kogen's visits to the artistic Montmarte district in Paris, Miller and Kogen purchased and renovated grouped residences in the Old Town neighborhood of Chicago – including this house – for the purpose of creating artistic communities," says Mamolen. "Conversions of the houses were dramatic. Miller allocated basement levels as living areas – at the time a novel concept – and gave upper spaces over to bedrooms and studios."

However, Kogen and Miller conceived the houses would not merely be functional spaces for the production of art, but be works of art themselves. This became an understatement and the house shown here offers good example. Miller's artistic outpourings included intricate carved ceilings depicting realms of the sciences, ornately carved stairs and heating grills, stained glass windows showing a secular Garden of Eden, Art Deco-like inset lighting, mosaic floor patterning evoking the cycle of life, plaster reliefs climbing the living room walls, and fired ceramic tiles reflecting the cave drawings of Lascaux in France. 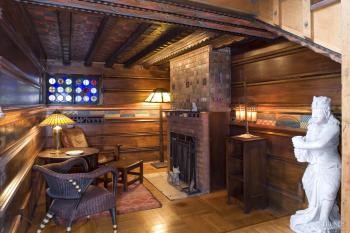 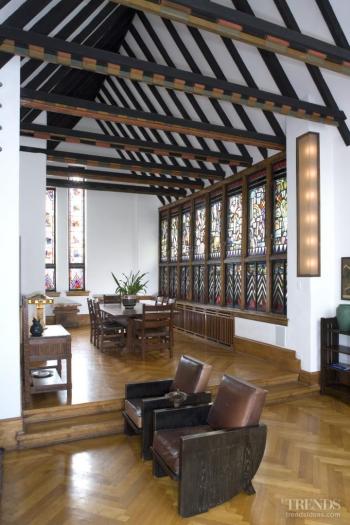 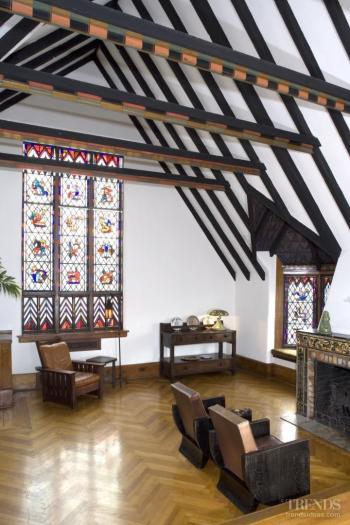 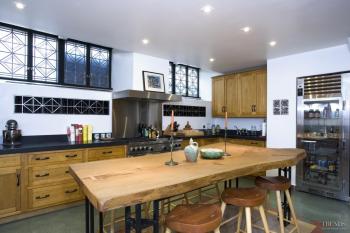 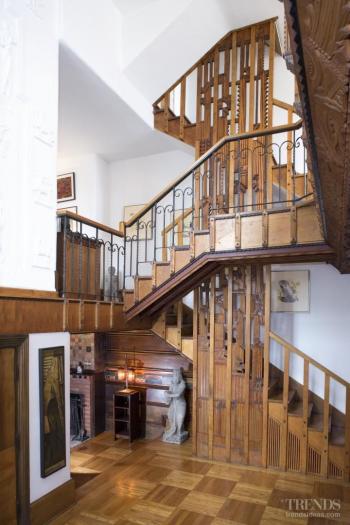 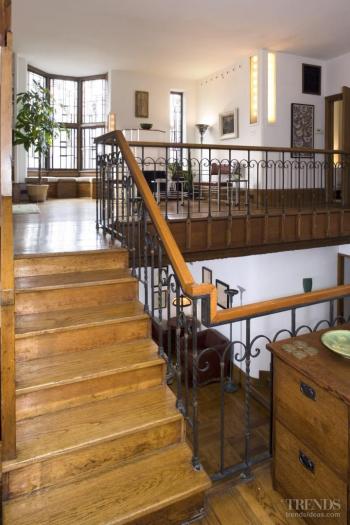 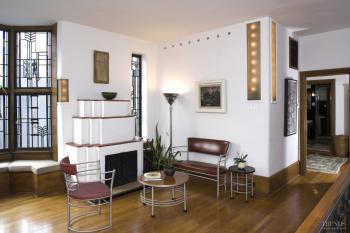 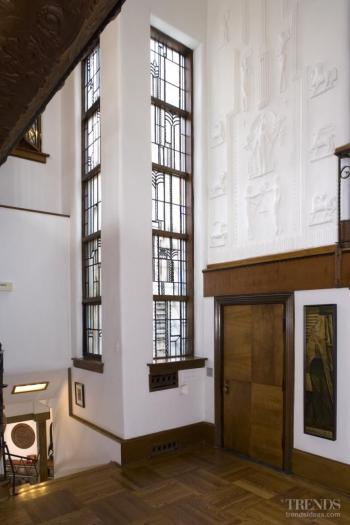 "It would be limiting to describe Miller's work as eclectic," says Mamolen. "More accurate to say his subject was the world at large."

To restore the house faithfully, three things were required: a cleaning of the ubiquitous artworks, then, extending Miller's style through the house, and thirdly, tasteful insertion of elements that would make the house comfortable to live in by modern standards. The owner asked Bob Horn, a respected artist in his own right, to undertake the restoration.

"Horn is himself a multi-disciplined character," says Mamolen. "His skills range from fine art to plumbing. He undertook this project with a passion that would have made Miller proud – for example, Horn painstakingly stripped the relief mural over the front door – using dentistry tools. He then repainted it with one coat. The relief now stands out in the much sharper detail it deserves."

Horn also brought his own artistic talents to bear – interpreting additions that might have been from Miller's own hand. His input is particularly evident in the home's most completely transformed aspect – the kitchen.

"The new, high-utility kitchen was a collaborative expression, between me, De Giulio Kitchens, and Bob Horn," Mamolen says. "This has an underlying Arts & Crafts aesthetic, a movement reflected in Miller's somewhat rustic works."

Horn designed intricate floor mosaics in this space that could have been Miller's own, as well as the wall vents – echoing the original artist's geometric windows just above.

Art Deco is another influence underpinning Miller's work, seen in the inset vertical light strips he designed that are found dotted through the home. Interior designer Karen Mozer's choices of furniture for the residence reflect and accentuate Miller's artistry. On the fourth level, a particularly Art Deco-like environment, she chose MacArthur period furniture to set off the space.

"Bob Horn also carefully oversaw the installation of air conditioning and other modern necessities, ensuring that the technology did not disturb the artistic merit of the home," says the owner.