Strong horizontal and vertical lines direct attention outward, through glass walls and doors to the garden

Often when a kitchen is remodeled, the first questions asked will be about cooking and functionality. Also worthwhile, however, is taking a step back to consider the kitchen's relationship with the entire home and garden.

Originally, the kitchen and breakfast area of Mark Pachter's three-story home was tired, ugly and dark. After consulting several designers, he enlisted architect Reena Racki to transform the space.

"Reena impressed me by asking what I liked and didn't like about the house. The garden appealed to me the most, so we decided that would be the focus. While the size of the kitchen hasn't changed, the nature of it has. It was a radical re-think that started at the front door. Previously, upon entering the house you were confronted by a brick wall. Now you see right through to the garden."

To begin, Racki took the structure down to the foundation bricks. It was then reconstructed as a garden pavilion, enclosed mostly by glass walls, with a sloping copper roof.

"The kitchen ceiling is level, and lower than the sloping ceiling over the breakfast table, which rises to 12 feet. This creates volume above, and helps the space extend outwards, towards the views," says Racki. 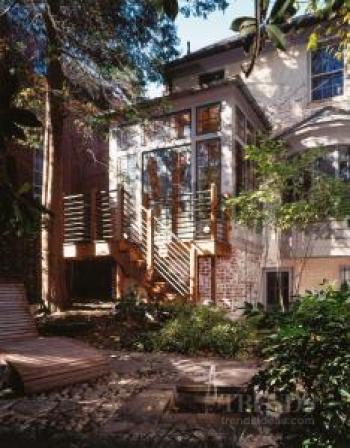 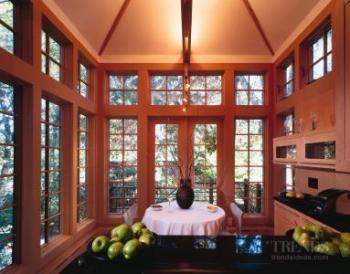 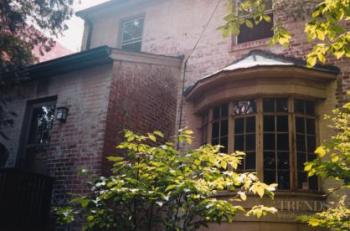 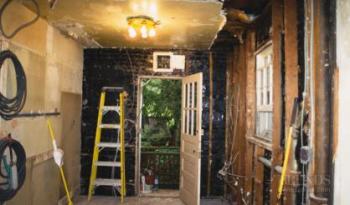 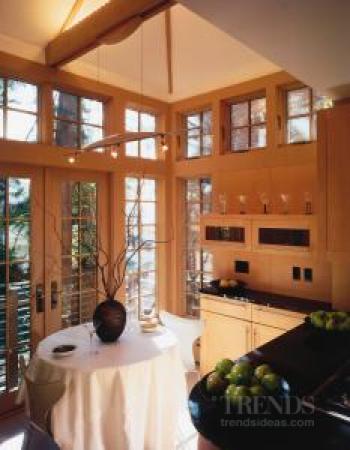 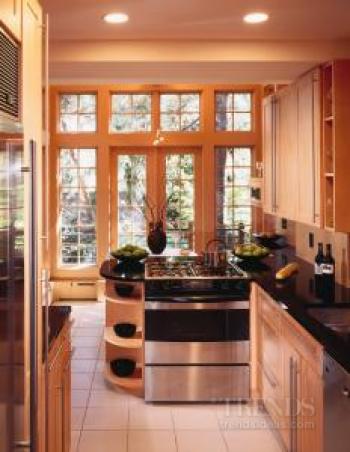 "Although the interior space is fairly small, it appears larger. As the lot coverage was maximized, we couldn't actually build a larger structure."

To create an environment suitable for enjoying the views of the Japanese-inspired garden, Racki moved the work spaces towards the interior. A number of techniques were then incorporated to divert attention outwards.

"Designing the interior was like designing for a small apartment, or for a yacht – every inch counted. We chose monochromatic colors to increase the sense of space. The floors are tiled in white porcelain, and the black granite countertops pick up and throw reflections. Planes of color extend all around, broken up only by the stainless steel appliances."

The strong vertical lines of the windows and doors are balanced by the horizontal lines of the cabinetry hardware, which also directs attention to the garden. The paint color scheme ties many elements together.

"The exterior is painted the same color as the lava rock water feature. The outdoor stair rail is painted green, so it vanishes into the garden, and the vertical stair posts echo the color of the redwood tree behind the kitchen."