Just like households, businesses can upsize and downsize, and require different facilities at varying stages of growth.

Spark Architects originally had its Beijing office sorted – the company was based in the Grade A Raffles City Beijing office tower, which was a fine address by any standard.

Director Christian Taeubert says that building was designed by Spark for Capitaland and functioned as a showpiece for the company's work.

"However, we were outgrowing the office space," Taeubert says. "We were also looking to add proper model-making facilities, and we wanted a space that would encourage informal social interaction."

When space became available in the Liang DIan Design Centre, which is home to several firms in the creative industry, Spark became interested. 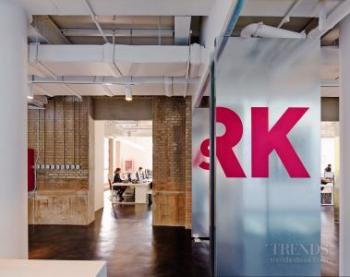 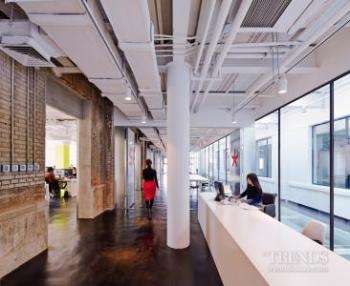 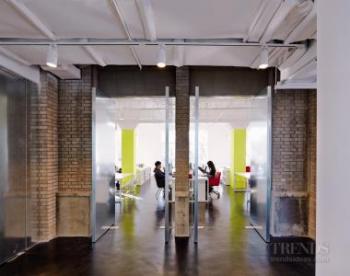 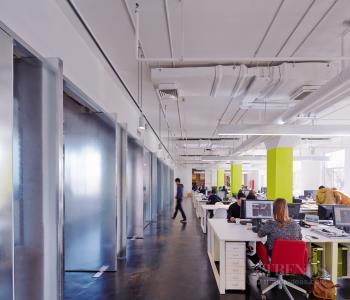 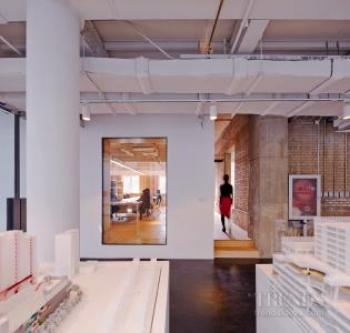 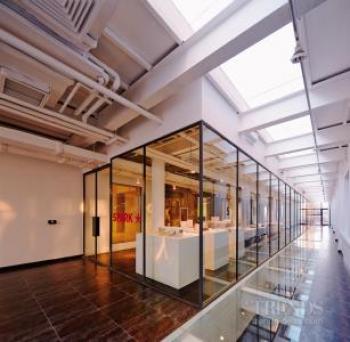 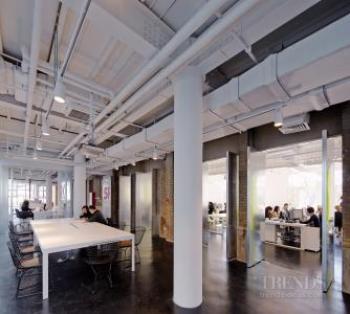 "This was a 1980s building with a space that came very close to what we imagined as the ideal office for Spark," he says. "There was even a large public outdoor terrace."

The new 500m2 space included a glass box annex that had been added to the second floor, allowing the exterior brick facade to be experienced as an interior space. The glass box also benefitted from a light well that penetrated the three floors of the building.

"There was a problem in that the main work space and the glass box annex were rather disconnected," says Taeubert. "To improve the link between the two areas, we demolished the window upstands facing the glass annex, which created a much-desired permeability of the space."

Spark Beijing director Jan Felix Clostermann says the company looked at the existing configuration of the office interior and decided to keep it uninterrupted while inserting its ownprogramme.

"The office is loosely zoned into a main work area, kitchen and gathering space, a large meeting room, small meeting room and a model-making room, also known as the ply room. Originally this was a vertical stairwell core. It can be accessed via multiple entries."

"There is a continuous wall of metal-clad pivoting doors alongside the main work space," Clostermann says. "The wall allows for a playful and flexible configuration of ‘open and close'. When the doors are closed, the metal panels catch subtle reflections of the surrounding environment. They are also used to create a 20m-long wall of the imagination – project teams regularly pin up their work for discussion."

"When open, the doors provide clear views out through the glass box annex, so people feel connected," says Taeubert. "The architecture profession is fuelled on the exchange of ideas, so we sought to provide open, collaborative spaces that are fun, and where people want to be."

Exposed service ducts and beams reinforce the sense of openness, in terms of both the space and the attitude of the team within.

"After a couple of months of working in our new space we have observed that the informal gathering spaces and the communal kitchen have become the favoured hang-out places. Using the doors as pin-up boards has also fostered interaction between the project teams."