Older houses have often been the subject of many alterations, particularly if ownership has frequently changed. This is why sometimes the most honest approach to remodeling an historic home, is to return to its original design.

This is certainly the opinion of architects Bill Harrison, Greg Palmer and Chad Goehring of Harrison Design Associates, as well as interior designer Meridy King. Together, they restored and modernized the interior of this 1930s house.

King grew up just a mile from the house and shared the owners' desire to return to the original design. She says that at some stage the home had been remodeled and faux painting was applied throughout the interior, which had to be removed.

"We stripped back the layers of previous renovations. Then, using a neutral color scheme and sympathetic lighting, we were able to bring out and emphasize the home's architectural heritage," she says.

During remodeling, ceiling moldings and architectural friezes, plaster surfaces and existing fireplaces were restored to original condition. Added living rooms were built in the same style as the original home. 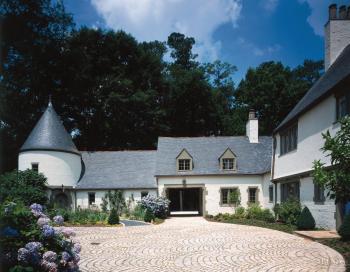 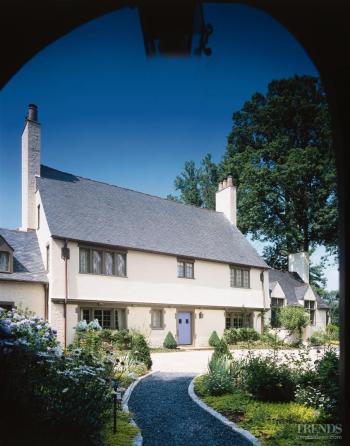 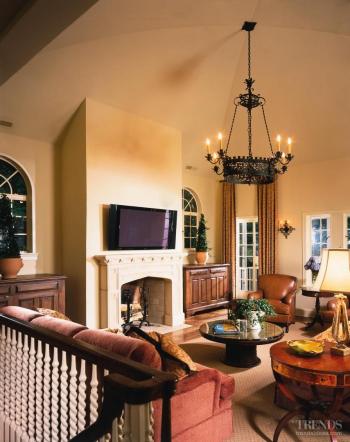 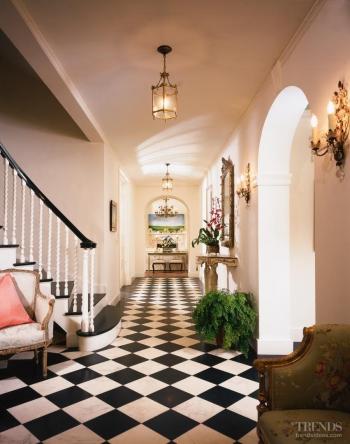 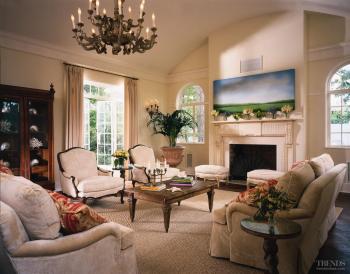 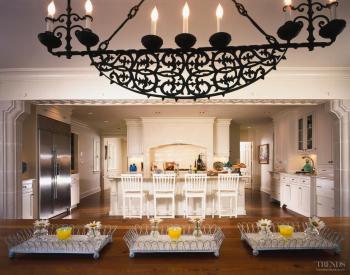 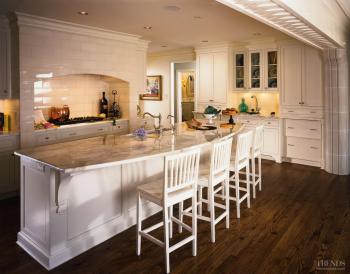 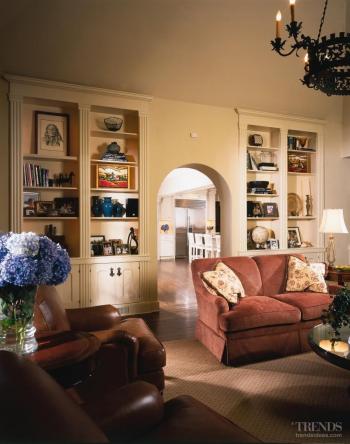 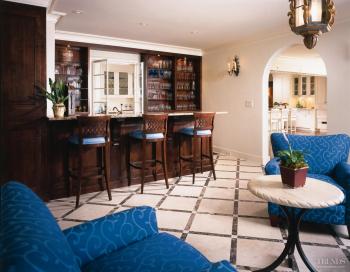 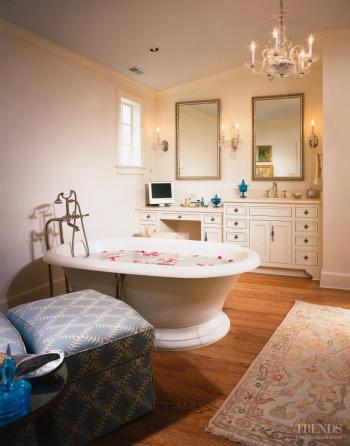 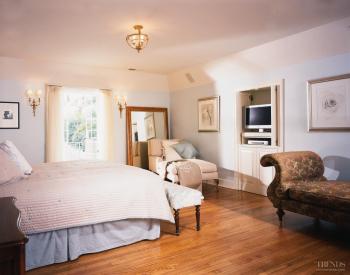 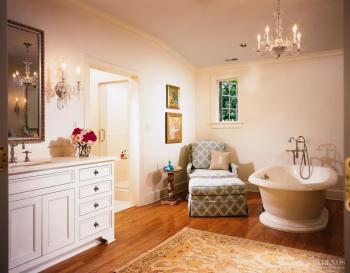 Modernizing was another major aspect of the remodel, with a fully integrated home theater system was installed throughout.

"The interior and exterior details were designed to match or complement the existing features of the house, so that it would be difficult to distinguish between old and new," says Palmer.

The original entry foyer and circular staircase, is set off by the black and white tiled marble floor. King chose antique furniture and lighting to complement the exterior's French Normandy design.

At the end of the long hallway, an arched doorway frames an oil painting, matching ottomans, a fireplace, and a gilded chandelier. This striking composition is part of the formal living room that leads onto a garden terrace.

Harrison says in this room, extensive repairs were undertaken on the plaster surface, the wall frieze and the parquet floor. The distinctive metal doors and windows are original, and have been recreated in the new areas of the home.

This room may exude the charm of yesteryear, but in a flash it can be transformed into the most contemporary of settings. The painting of a pastoral scene above the fireplace was commissioned for the space and conceals a plasma flat screen television.

"With the push of a button the art slides to one side, and the room turns into a state-of-the-art home theater," Palmer says.

While the original living room was able to cater for modern lifestyle choices, the existing service kitchen could not, and underwent a radical transformation. Harrison says they expanded the floor area to provide room for a breakfast area and to create a contemporary family kitchen.

Although this room contains new cabinets, appliances and an island, foundation materials, such as the hardwood floors, match those in the original parts of the house.

Arched openings with rope moldings lead from the kitchen to various rooms – some existing, and some, such as the family room, entirely new.

Features in the family room echo those of the original rooms, such as the handkerchief vault that is inspired by a smaller pattern in the entry foyer.

Another addition is the bar and sunroom, which entered via the kitchen and opens to the pool area. The limestone and marble floor is recreated to match a previous design, while the glass doors behind the bar were found in the basement and reused.

Upstairs, the master bedroom was completely redesigned, with his-and-her closets, a spacious dressing area with existing fireplace, an operable bookcase, and a hidden door to the roof terrace.

A large master bathroom was created with wood floors to match those throughout the house. Beside the sculptured bathtub is an upholstered chair and ottoman. Although this furniture might seem an unusual in a bathroom, King says it is both a practical and an aesthetic addition.

"The upholstery introduces a soft element into the interior, and complements the bathroom fittings. It also reflects the relaxed, informal ambiance throughout the house. The owners are casual people and they wanted an understated interior."