Appreciating the past Discover this article's resources 0

The potential for conflict of interest between building owners and heritage planners is an ever-present issue. Most building owners want to maximise their investment, and feel heritage concerns may compromise this.

Architect John Crawford was asked to refit Bay 15, one of 16 bays that make up a collection of nineteenth century railway workshops.

"Our brief was to insert as much commercial office space as possible into this bay without compromising the heritage fabric of the building. This had to be done so the original structure and purpose of the building could still be appreciated," says Crawford.

Bay 15 is 100m long by 18m wide and enclosed by four brick walls. The two short walls have small windows, and skylights run the length of the roof. A central aisle, at a right angle across all bays in the building, had to be kept clear as it is part of the fire egress.

"Generally, the less you interfere with the heritage aspects of the building, the better, both for cost and to ensure the project goes smoothly," the architect says. 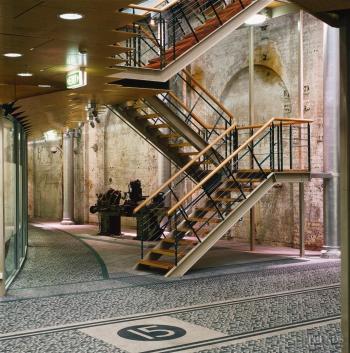 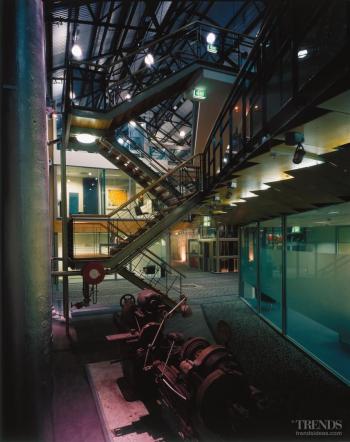 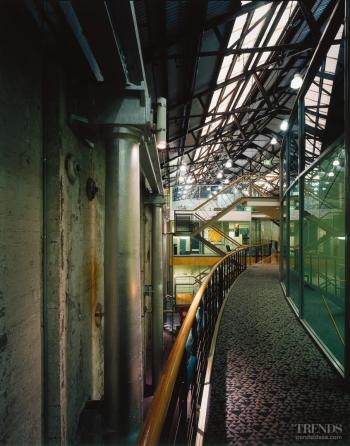 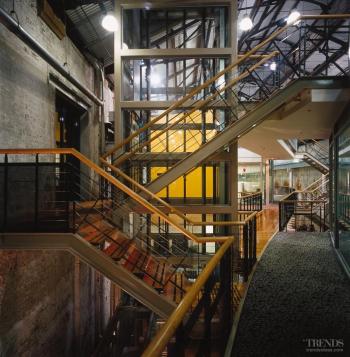 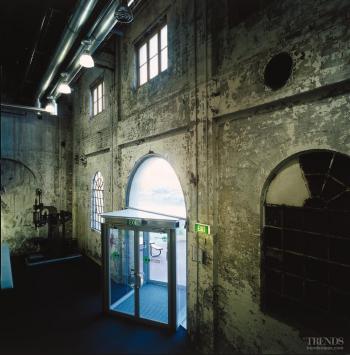 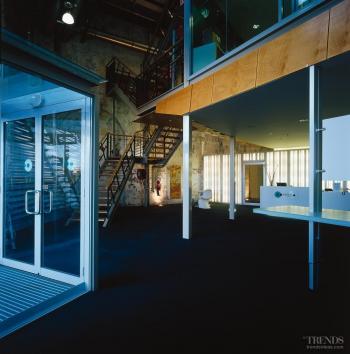 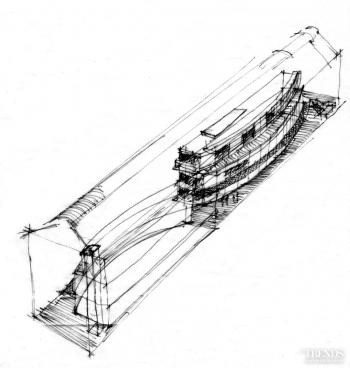 A steel frame, which carries the offices and circulation system, was designed to butt up to, but not touch, the old walls. Concrete floors were poured onto steel sheeting supported by the framework and steel columns.

"The S adds variety to the space – one long corridor running straight from end to end would have been very uninteresting. The S also allows you to see more of the original structure of the building, which is important from a heritage point of view, and allows people to interpret the form of the space," says Crawford.

Because of the curve, in some places the walkways run close to the original brick walls and wrought-iron trusses.

To add warmth and a tactile element, bridges and access stairways all have timber decks and handrails.

Each floor is stepped back from the next to allow maximum to penetrate through to the ground level from the roof panels. Fully glazed windows on the office walls facing the walkway create as open and light a feeling as possible and balance the heaviness of the old brick walls.

On the ground floor are displays of lathes, machinery and other pieces of equipment found on the site.

"These are in effect objects of art and they help remind occupants of the history of the building," says Crawford.