First impressions matter. So it's not surprising many companies go to great lengths to ensure their premises convey the right image to potential clients and customers.

But while reception areas present the public face of a business, this has not always translated through to the rest of the office.

Moving to new office premises can provide the impetus to explore new ways of working that better reflect a company's culture. A new fit-out also provides an opportunity for a business to re-position itself in the marketplace.

Both these elements were crucial to the design of the new office fit-out for the Discovery Networks Asia (DNA) in Singapore. Interior designer Mona Yong of DWP Singapore says the company's existing offices were uninviting.

"The office was very dark, with no natural light. Staff were sitting at L-shaped cubicles, all in a row, with little chance to interact," she says. 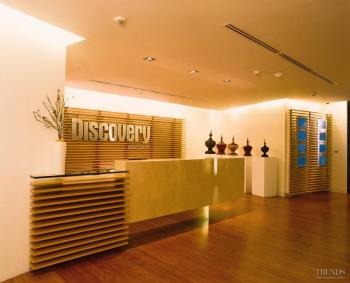 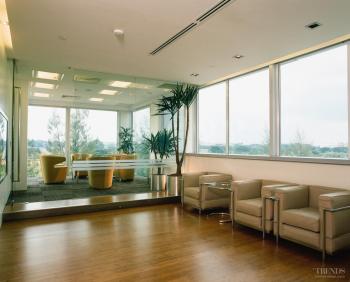 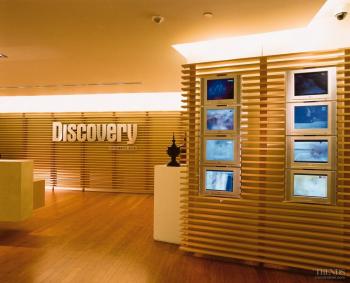 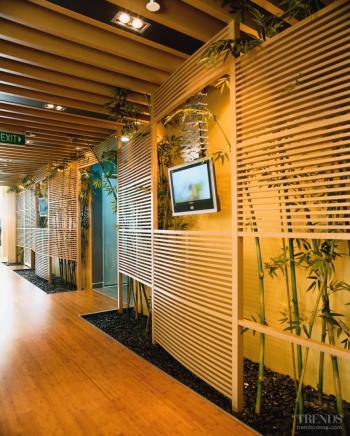 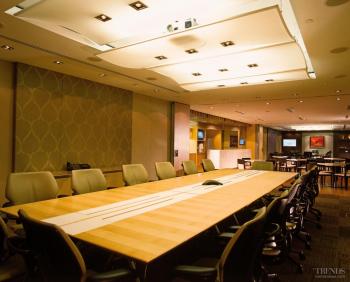 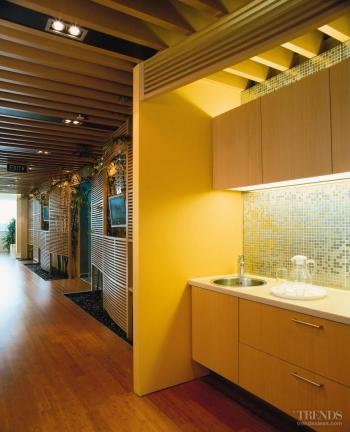 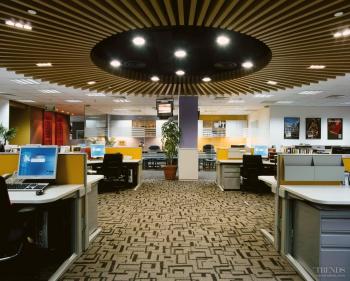 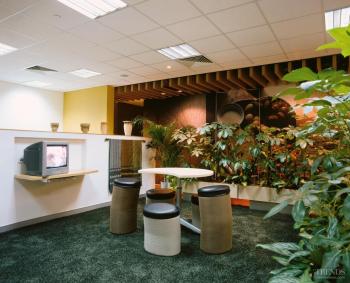 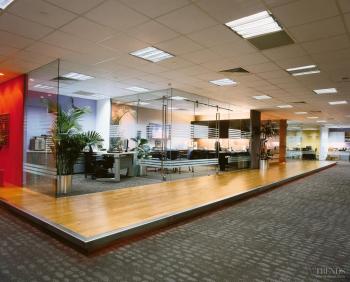 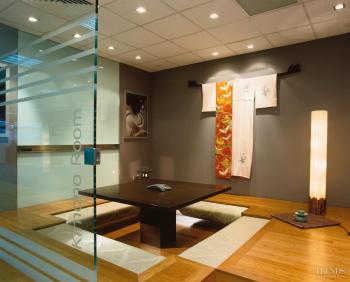 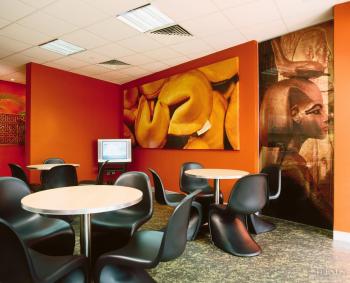 "The design brief for the new fit-out required a totally different approach. The interior needed to reflect the young, vibrant nature of a company that is very receptive to new ideas.

"DNA is all about nature, science and knowledge. It's also about exploration, travel, adventure and fun. The design needed to integrate all these elements to create a stimulating workplace."

Mona Yong says the company also wanted the fit-out to reflect the culture of the surrounding region.

"For this reason, it is Asian inspired," she says. "But it offers a contemporary take on tradition. In the reception area, for example, the timber slats are reminiscent of old Chinese buildings. But rather than decorate these with intricate designs, we have opted for a simple, modern feel."

The reception desk is also contemporary – a recessed, polished stainless steel base makes it appear to float within the space. Yet a display of Burmese food containers from a local market adds an exotic flavour.

Different rooms and spaces are named in a variety of languages. The Surya Room near reception is named after the Indian word for sun. As with most partitions in the office, the walls of the room are transparent with a frosted, graphic motif. This ensures there is plenty of natural light, and the views are accessible to all staff.

"In addition, we have elevated this seating area so it appears to reach out to the view," says the designer.

Timber slats are also a feature of the gallery, a passage leading to two conference rooms. As in the reception area, the slats form a dynamic screen in front of the wall. Bamboo plants and a timber pergola enhance the Asian feel.

The two conference rooms are separated by a café-style breakout area. Operable doors can close off the meeting rooms as required.

"This whole area is designed as a front-of-house space," says Mona Yong. "It can be separated from the rest of the office and used for functions and receptions."

As the company required a very interactive work environment, the office is open plan. Colourful workstations are positioned in circular groups, ensuring staff are close to colleagues. The designer says 120° workstations were the best desking option for the media business.

"Workstations are also positioned so staff can be inspired by the view through the full-length windows," she says.

Executive offices are sited on a raised platform, in view of the rest of the office. This conveys a slight difference in hierarchy, says the designer. But the offices are transparent and similar to each other, so the design reinforces an egalitarian culture.

Breakout areas, where staff can meet to brainstorm ideas or relax, feature throughout the interior. These spaces include the Kimono Room, a Japanese-style meeting area alongside the executive offices. Other areas are brightly coloured, in blue, yellow, orange and red. Natural, more subdued green tones feature on walls and in the carpet patterns.

"We wanted the interior to be colourful but not overwhelming," says Mona Yong. "These shades were taken from nature and feature on accent columns as well as walls and carpets."

In keeping with the nature of the DNA's business, most of the materials in the fit-out, including the paint, are environmentally friendly. The carpets, for example, are 100% recyclable, and the timber floor is a veneer, rather than solid wood. Energy efficiency was also a key concern. Motion sensors throughout the office control the lighting after hours, saving on power usage.