Apartment kitchen design inspired by the architecture of Chicago

Cabinets shaped like skyscrapers, shelving like a bridge and I-beam supports on the chunky island all evoke features of the city this apartment looks down on

Not every kitchen is shaped by a scramble for tight work triangles, task lighting and storage. Sometimes, along with day-to-day functionality, an artistic, individualistic aesthetic holds sway.

This elegant kitchen by Chad James of Chad James Group was inspired by the skyline, bridges and architecture of the city it looks out on.

"The project is centred around the Chicago sunset, with its grey, moody sky, golden streetlights, and the architecture and atmosphere that is indicative of the city," says James. "Chicago is also known for its ongoing construction and steel beams and these are evoked in the steel I-beams in the shape of an H that support the island. The H is a personalised element, being the owners' last name initial. These bold frames have been blued with a welding torch for effect."

The designer says the concept for the island's chunky top came from a truffles counter he saw in a Paris Chocolatier's – another big city link.

Behind the island, double cabinets rise up from the perimeter countertop like skyscrapers made of glass and steel. These are in translucent glass so the cabinets' contents are downplayed. 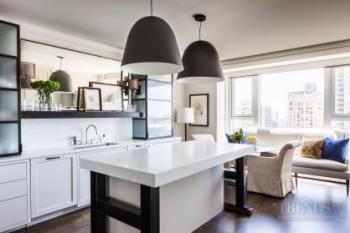 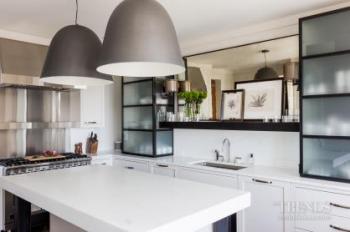 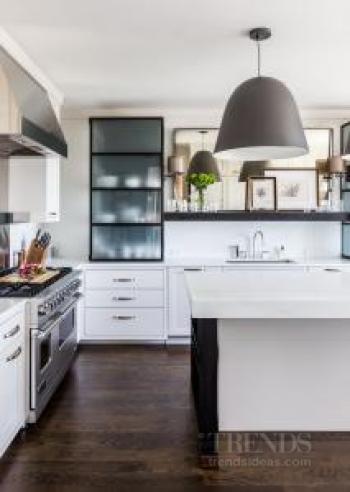 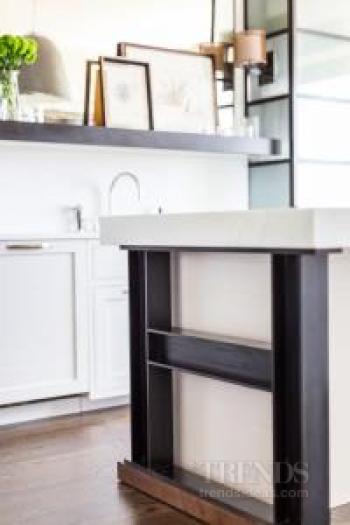 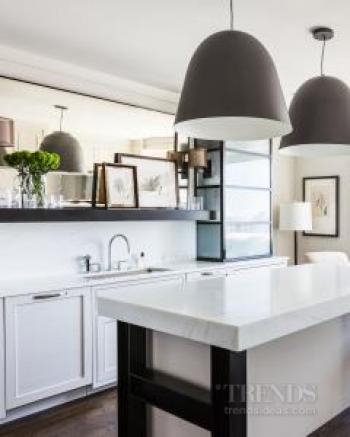 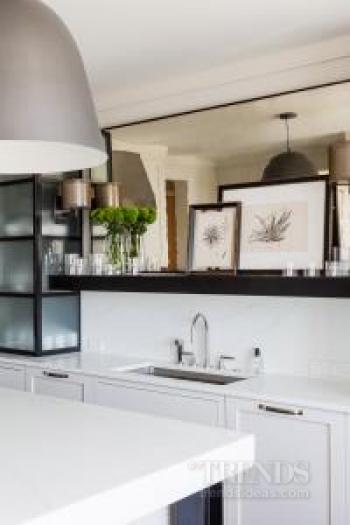 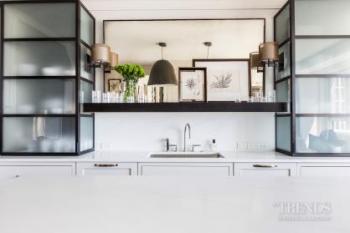 A substantial steel shelf that runs between the cabinets represents the many bridges – nine in total – that crisscross the Chicago River.

Rising above this shelf, a hand-made mirror – created using the traditional mercury-backed method – throws an elegant, rippled reflection. Virtually a piece of art in its own right, this adds to the modest-sized apartment's sense of space.

However, while the design has a refined feel, James balanced this with a few rustic touches.

"Some of the cabinet fronts have a hand-built quality. These were created with glued-together timber battens which are sanded back – evoking the sense of craftsmanship at a glance."

As is typical in big city apartments, space was at a premium. In response, the kitchen has an interwoven connection with the living areas. For example, the steel shelf on the kitchen's rear wall carries objects and photographs that would more typically be seen in a living space.

"In addition, I wanted a comfortable, cosy, and convenient setting for the family to gather in and take in the city views while meals are being prepared – hence the relaxed living space furniture to the side below the window."

James also added two sconces in front of the mirror in the kitchen to bring a level of ambient light that wouldn't overwhelm the wider space.