AND the winner is...

The radical design of the new ASB North Wharf in Auckland is not only turning heads, it's also winning awards, having just picked up the New Zealand Architecture Medal andthe Supreme Award at the Property Council NZ Rider Levett Bucknall Awards

AND the winner is...

ASB North Wharf was never going to be a one-dimensional project. Right from the outset all parties involved had a shared vision to make this building transformational, and in doing so, raise the stakes for future commercial office developments.

Providing innovative facilities that create a healthier and more productive work environment was essential. There was also a need to have a building fabric that would seamlessly integrate with advanced operational systems technology. And the building needed to reflect a long-term commitment to nurturing a sustainable community within Wynyard Quarter – the team in fact set out to create an international benchmark for sustainability.

All these factors have been recognised by judges in two major awards – ASB North Wharf has picked up the New Zealand Architecture Medal and took out the Supreme Award at the Property Council New Zealand Rider Levett Bucknall Awards. And the judges are quick to point out that the benchmark facilities and sustainable design initiatives have not been at the expense of good architecture.

ASB North Wharf celebrates both the maritime history of the location, and the textural nuances of the Hauraki Gulf's pohutukawa-wreathed coastline. The building capitalises on the spectacular waterfront views and north-facing aspect.

The vibrant interior landscape follows an informal campus format, and is furnished to create synergy between the many task-based work environments and the occupants' daily routines. Designed from the inside out, the fit-out is based on a village concept with themed "neighbourhoods", and a range of communal spaces. These provide a choice of work settings and inspire a sense of identity, community and transparency, in line with the work aspirations of ASB. 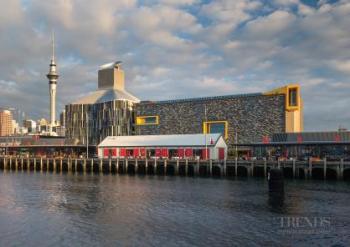 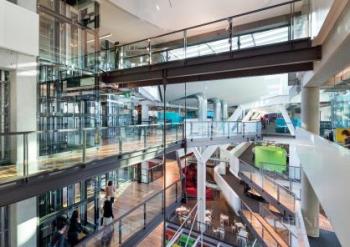 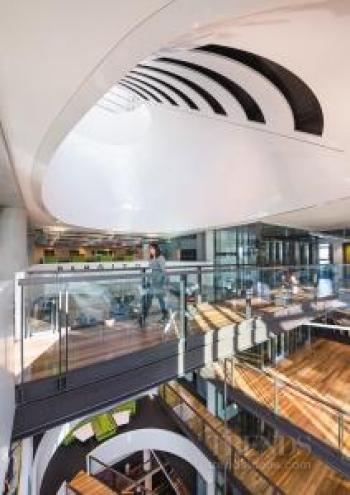 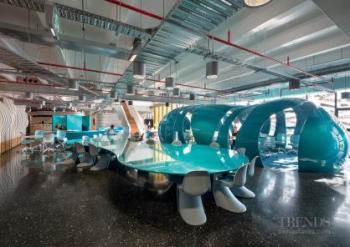 Key environmental strategies include the atrium, which functions as the building's lungs – fresh air is drawn through the building via a unique funnel. Both the funnel and a light reflector on the roof capture and reflect natural light deep into the building. A distinctive sunscreen, referencing the native pohutukawa tree, shades the north facade.