A series of interconnecting boxes, expressed with contemporary interpretations of traditional materials, give this architect's home its distinctly modern air

All squared up Discover this article's resources 0

What constitutes the perfect home? Without getting into specifics, many people would agree that a spacious, modern design that allows access to sun and protection from wind would form part of a blueprint for the optimum lifestyle.

When designing a new house for his family, it was a home for all seasons and a home for each time of the day to which architect Richard Dalman aspired. After deliberating at length on the ideal location, Dalman chose a 2000m2 site in one of the Christchurch's oldest suburbs.

"Until reasonably recently the site was pasture and swamp land – the swamp being the main reason it was left undeveloped for so long. It was, however, eventually in-filled," he says.

"We chose the site for a number of reasons. It's close to town, and it's a large, flat section – big enough to neatly incorporate a tennis court at one end."

In planning the layout, Dalman placed the house, which takes its shape from a series of interconnecting, cube-like forms, as far as possible into one corner to maximise views over the site. Because of the infill, the piles were sunk to a load-bearing depth of 7m before the structure was built. 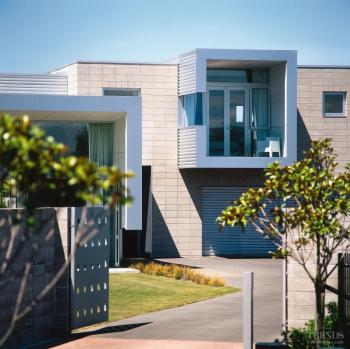 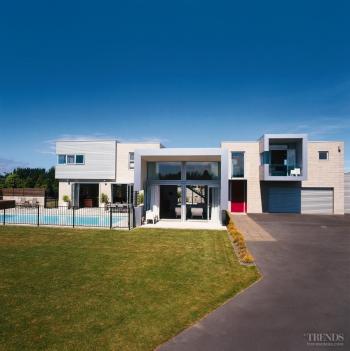 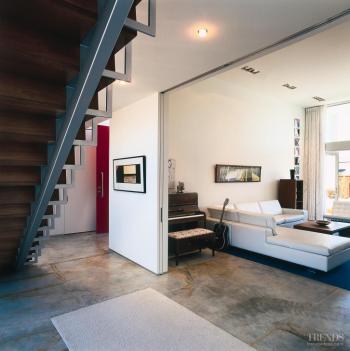 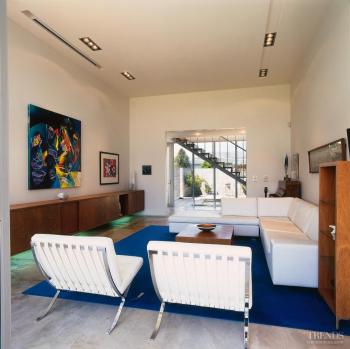 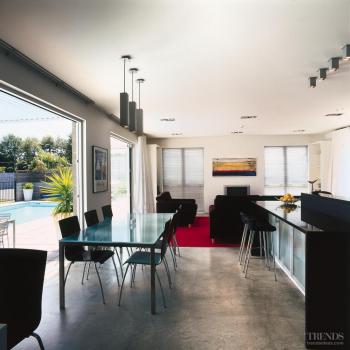 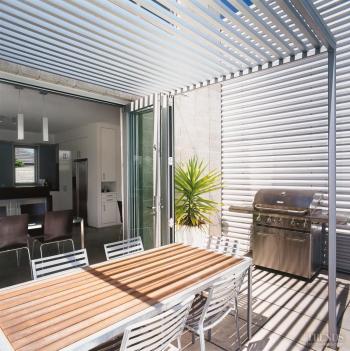 Cruciform in shape, the design allows easy connections between the interior and exterior living spaces. The shape and orientation of the house also provide a number of areas around the house where it's possible to shelter from different wind and sun conditions at various times of the day – and year.

The home's shorter axis contains the formal living room, while the longer axis accommodates the open-plan kitchen and informal living room. The bedrooms, a study and a children's living room are located on the upper level.

"The house is effectively two concrete-block boxes, separated by the Zincalume-clad living room in the centre," says Dalman. "Each separate concrete box also features a Zincalume insertion – inspired in part by the rectangular form of a shipping container."

Dalman says Zincalume contrasts with the solidity of the concrete block construction. The square profile he specified is also suited to the boxy, square nature of the house. In addition, Zincalume provided flexibility, allowing Dalman to integrate cut-out horizontal sections into the rectangular shapes.

"The formal living area was orientated towards a stand of poplar trees, which, unfortunately, were subsequently cut down. With glazing at both ends, this axis provides a transparency from the back of the site right through to the front."

Other major landmarks which affected the orientation included a grove of deciduous trees, and the distant hills.

"The living room slot windows allow views through to a stand of deciduous trees that change colour with the seasons. Horizontal slot windows, particularly those in the upstairs study, were also an effective method of framing the hill views."

Another feature of the design is a modern take on the traditional veranda. Extending out from the central living area and paved with concrete for a gentle transition to the lawn, this form of veranda is sheltered by a protruding roof and walls. A horizontal cut-out in one wall allows views to the pool.

In detailing the house, Dalman specified some materials with a connection to the region.

"The concrete blocks are honed, so you can see the aggregate. When you think about Canterbury's rivers of graded stone, you see that it's a material with a particularly regional feel. There was also quite an architectural tradition in the 1950s and 60s for modernist homes to be expressed with concrete blocks."

The home's interior material palette also features an abundance of concrete, offset by the judicious use of plywood, and splashes of colour from works of art and soft furnishings.

"The concrete floors were neither honed nor polished, have a clear coating over the natural float finish," says the architect. "Heat absorbed heat during the day is released during the cool evenings."

"It's a modernist house, but the interior isn't minimalist, as the design still needed to work with the needs of a family. Walls are white throughout, but the artworks and the coloured rugs that delineate each living area inject colour and warmth."

The restrained use of plywood is another feature. It forms the treads of a stairway that was designed to be as transparent as possible. It was also used throughout the formal living room – for the wall-mounted unit, coffee table and the tall cabinet.