Activity Based Working underpins the design of Fonterra's new headquarters

Working across architecture, landscaping and interior design, Jasmax has delivered an integrated design outcome for this new, seven-storey commercial building

At the point at which a company decides it's time to move to new purpose-built premises, there's a window of opportunity to consider the whole relationship between the proposed building, the company's brand values and business strategies and the culture it aspires to create.

That's an opportunity global dairy company Fonterra embraced when it engaged Goodman and Jasmax's interior architects to help it combine its operations from split locations around Auckland to new corporate headquarters on the CBD fringe.

Initial work with Sydney-based consultants Veldhoen + Company identified Activity Based Working (ABW) for Fonterra to deliver the outcomes it was looking for to empower its people. Jasmax worked closely with Veldhoen to translate the workplace strategy into the design of the building and its interior.

Jasmax senior associate and designer Sarah Bryant says this resulted in the project transitioning from being property-led to a cultural programme which prepared Fonterra for the future.

"The key driver behind this was identifying how we could enhance the work culture to deliver business performance and shareholder value," she says. 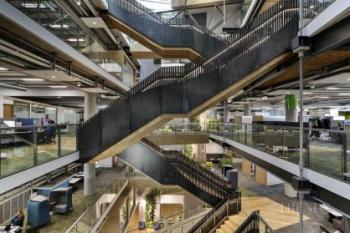 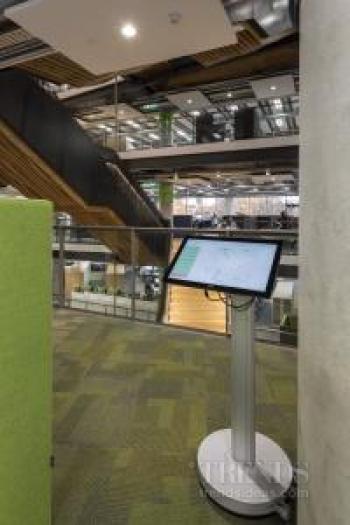 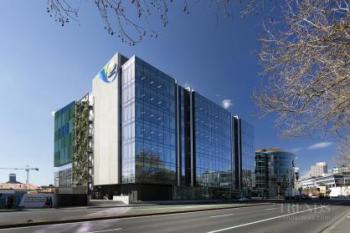 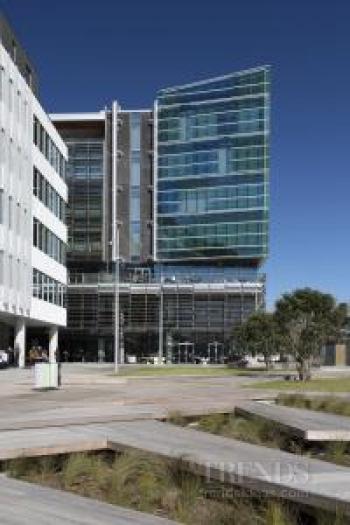 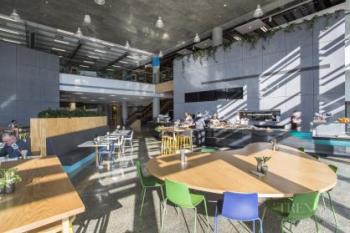 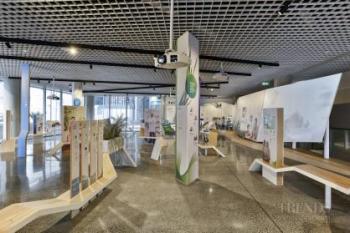 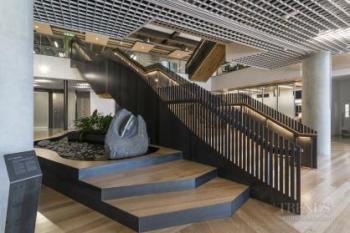 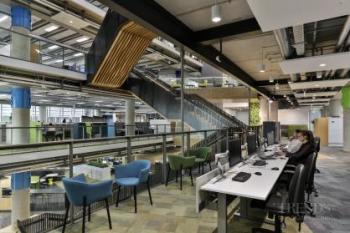 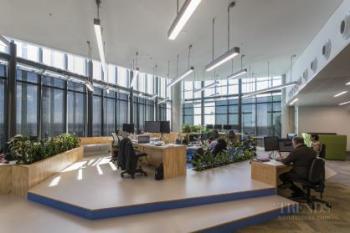 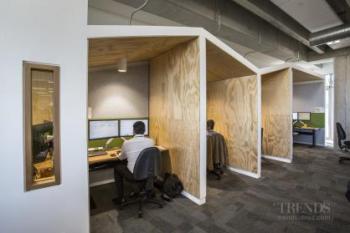 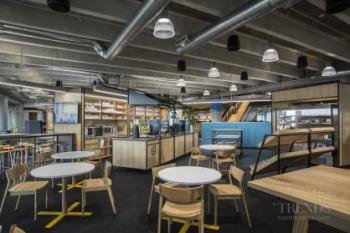 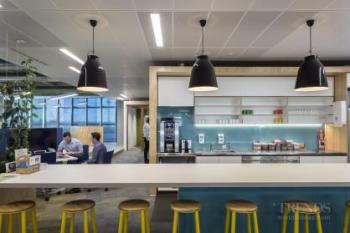 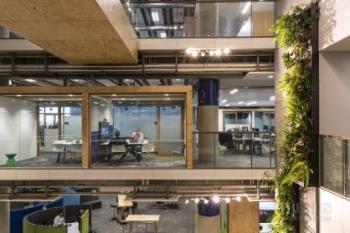 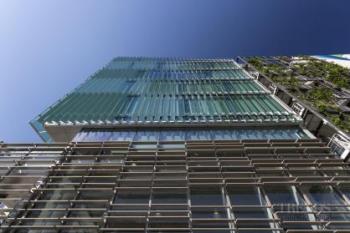 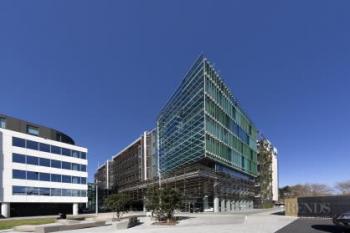 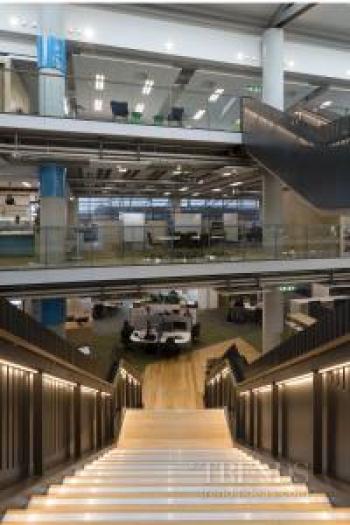 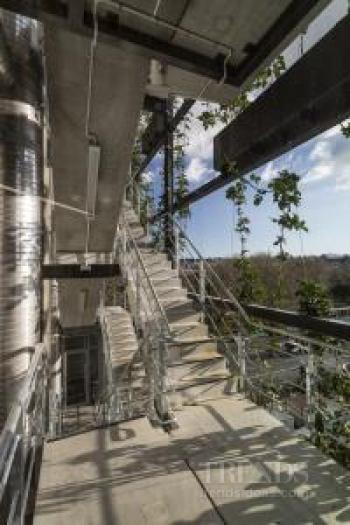 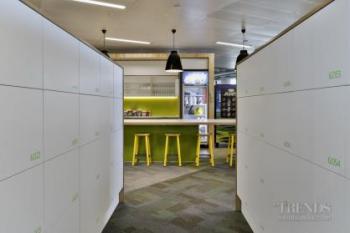 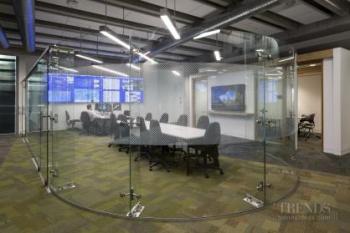 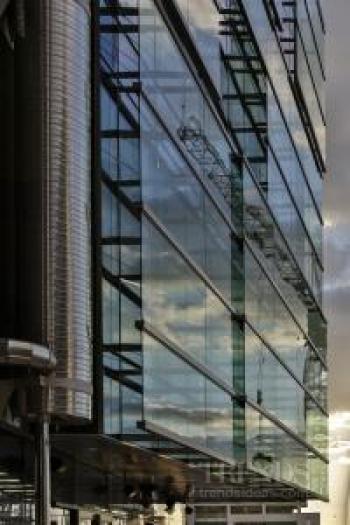 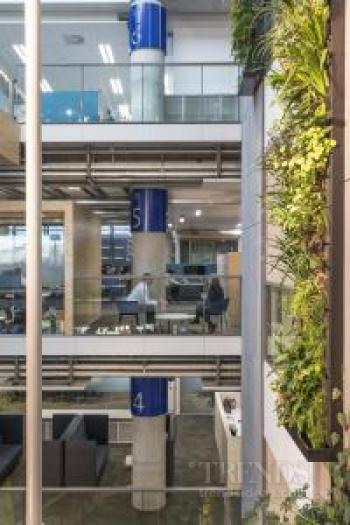 The building has four unique elevations, each responding to its specific orientation. Inside, the floorplates are divided in two, separated by a large, naturally lit atrium.

Within this, the distinctive staircase zigzags through the seven-storey space.

Reinforcing Fonterra's commitment to health and wellbeing, the stairs are strategically placed to encourage staff and visitors to use them rather than the lifts, which were moved to one end of the building in the initial design process.

Bryant says that Fonterra's logo was interpreted into a framework for organising the building.

"The logo represents three elements: the land, water and sky. This was translated into spaces within the building and directly relates to Fonterra's people, place and ambition."

The land element informed the ground floor, which connects with the landscaped plaza in front of the entranceway, also designed by Jasmax.

The public are welcomed throughout the ground floor and to reception on level one. The ground floor public cafe promotes the Fonterra brand, while a Dairy for Life exhibition celebrates Fonterra's products and global presence. Designed by Designworks, this interactive display gives visitors the Fonterra story.

Water is an important element to Fonterra, and is introduced through a punga (Maori anchor stone) at the base of the stairs that lead to the first floor reception. The main stair springs from the punga and is designed to represent the flow of a river and the energy and connections of people in the building.

The sky is represented by a four-level structure in the north-west corner of the building known as the Lantern. This glazed structure houses work areas on each floor that have been specifically designed to encourage generation of new ideas.

"Rather than strong contrasts, we wanted subtle tones like those you see in nature."

This is also obvious in the carpet, which resembles the patchwork pattern of fields in an aerial view.

The Fonterra colours were also used for wayfinding, an important aspect of ABW in which there are no fixed workplaces. Staff can set up in any position in the building, and potentially change this from day to day or even over the course of a day.

There are seven different types of work settings, including spaces designed for highly focussed tasks, process-oriented tasks, working with one other, casual conversations, or making private phone calls.

"Each of these activities needs a slightly different ambience. They range from calm, through modest to expressive, and they have been carefully positioned within the building to create synergistic adjacencies," says Bryant.

One of the positive outcomes of everyone being able to choose their work setting is that the space doesn't have to be completely uniform.

"The way this building is designed empowers Fonterra people to work where they want, when they want – achieving Fonterra's aspiration of enabling its people to be as good as they can be."