A sense of theater

A sense of theater Discover this article's resources 0

The way you approach cooking has a powerful influence on the design and layout of your kitchen. For those with a theatrical bent, the performance is at least as important as the final result.

The owner of this kitchen wanted a kitchen where the cooking was part of the entertainment, and a place from which guests would not feel excluded. Equally, he didn't want them to see the mess that cooking so often generates.

When architect Tom Taylor of Taylor Lombardo designed the living spaces of this home, he saw the kitchen as a stage.

The living area is large – 70ft long, 38ft wide and 22ft high – and all the furnishings and fittings are on a similar scale. The kitchen, with its enormous chimney-style hood, dominates one end of the room, while a second large fireplace counterbalances this at the opposite end of the living space.

To ensure all storage and messy preparation is out of sight, a second kitchen is behind the main kitchen. This backstage area includes a refrigerator, dishwasher, sink and oven, as well as most pantry and crockery storage. 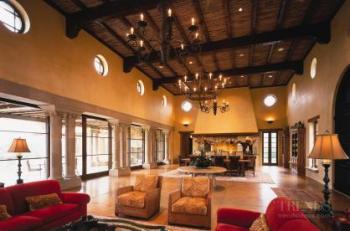 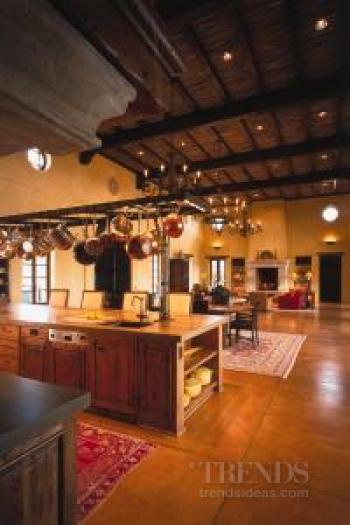 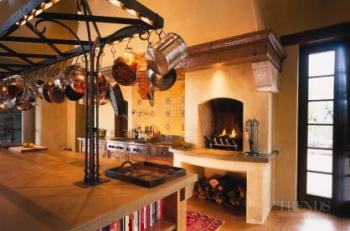 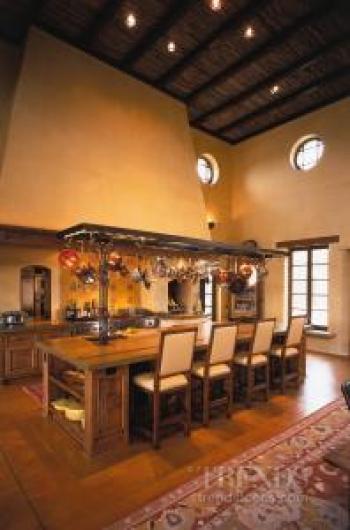 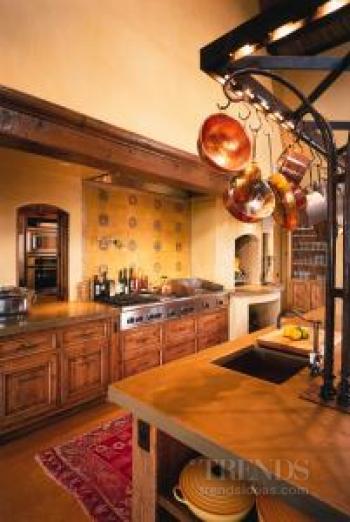 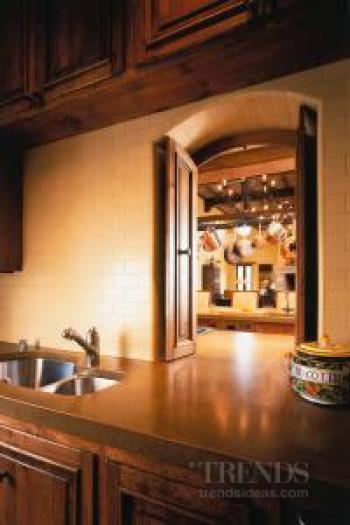 The show part of the kitchen includes two cooktops and a fireplace that doubles as a barbecue. Beneath the 16ft by 5ft island are a refrigerator for milk and other frequently used foods, and a wine chiller.Guests are invited to gather at the island, where they can sit and watch the cook, or help with preparations.

"Materials throughout the house and in the kitchen were chosen for their functionality as well as looks," says Taylor.

"The owner considers function is as important as style, so all surfaces are durable and easy to clean."

Concrete countertops were chosen for the simplicity of their appearance and for their homogenous color.

"The island is very large, and the subdued, uniform color ensures it isn't the main focus of the space," says Taylor.

The owner was also keen that the interior should weave together his various interests. A favorite antique piece made from nutty alder wood inspired the kitchen cabinetry's finish, and a love of things Italian prompted many design details. Travels through the South Pacific and Mexico introduced the idea of a ceiling made from thatched willow branches.