A play of curves

A play of curves Discover this article's resources 0

Architects Dimple Mittal and Vijay Narnapatti of Maya Praxis transformed a three-bedroom Bangalore apartment into an escape zone for the homeowners. This 1500 sq ft residence has a living room, a home theatre room that can be converted into a bedroom, dining, kitchen and two bedrooms.

"During the initial brief the owners very specifically told us that this house was meant to be for entertaining and relaxing. They did not want any conventional designs," says Mittal.

To give the owners a unique space, the architect-duo chose the singular colour theme of white and blended it with wood throughout the apartment.

Naranapatti adds, "Generally people are wary of using white owing to its high maintenance. But we were given a free hand to design the space. This colour not only makes the apartment appear larger, it also extends towards minimalism that we wanted to incorporate. Along with the colour white, curvilinear geometric patterns formed an integral part of the design in this house."

The apartment originally had three bedrooms but the architects broke down the walls of one of the bedrooms and merged the space with the living room. The curved structure in the living room is now the home-theater area that can be converted into a bedroom by pulling the sliding door. 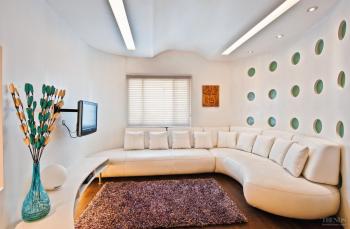 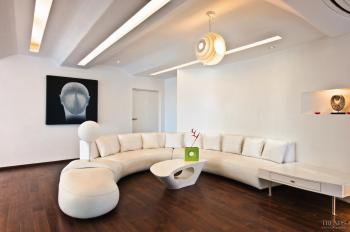 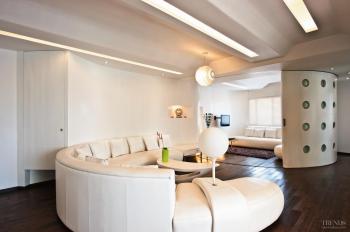 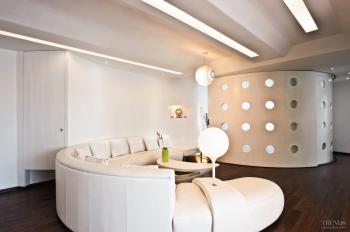 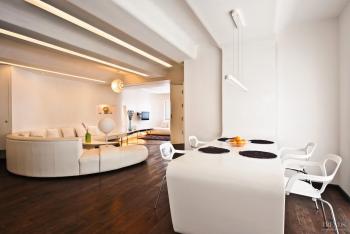 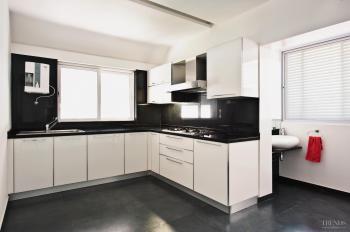 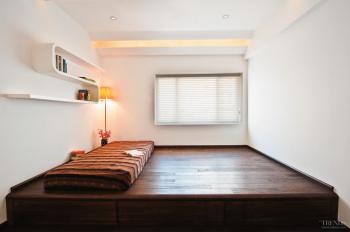 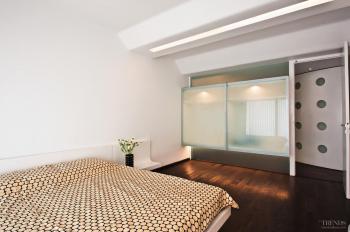 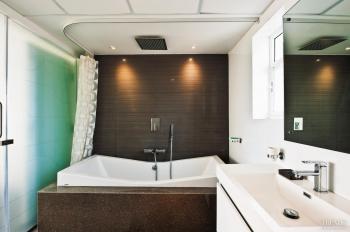 "Spaces to socialise were a requisite, and we have created areas that seamlessly blend into each other. The home-theatre room can be merged with the living room and can be made into a private space just by a slide of the door. The curved form was given to add more character to the living room," says Mittal.

A curved pattern was created in the dining area as well. The dining table top is a single flexiply that starts from the ceiling, flows onto one of the walls and finally drops down to the floor to become the only supporting leg of the piece.

The area looks out to the window from one side and thus the architects did not want to add a big furniture piece that would either block the view or break the theme.

"The dining and the kitchen are in the same area and thus we ensured that we give the owners a space that merges smoothly. The kitchen originally had a bathroom attached. We broke that down and converted the space into a storeroom and just retained the basin," says Naranapatti.

The bedrooms are devoid of any accessories, and retain the white theme. The master bedroom has a low bed with a white headboard that flows out to form the side tables.

In the second bedroom, the architects have designed an elevated wooden platform where one could simply place mattresses to make the bedding. Storage has been provided underneath this wooden platform.

"Originally there were two bathrooms along with the bedrooms. But due to their small sizes we combined both of them and created a fairly large bathroom with a bathtub, shower and utility," says Mittal.