Rustic charm mixes with contemporary flair in the bathrooms of this new house, which was built with materials from an old barn

Nostalgia is not just a fond remembrance of times gone by – it can also influence many of the decisions we make, including the way we choose to live.

One of the owners of the home featured here, architect Richard Landry, grew up in the Quebec countryside and retains a love of traditional farm buildings. Given the opportunity to acquire an old barn, he says he jumped at the chance, shipping the building in pieces to Los Angeles.

Today, the barn is resurrected within a new dwelling where rustic beams and cladding sit alongside more contemporary design elements.

"It was never our intention to re-create the original barn," says Landry. "Rather, we wanted to use it in a contemporary context, re-using the wood as accents within the house."

For example, Landry and co-owner Robert Carrola used cladding from the barn for interior doors and to create the wall behind the bed in the master bedroom, where the juxtaposition of styles is just as noticeable. 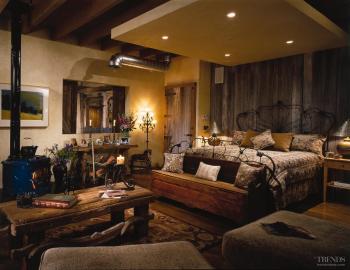 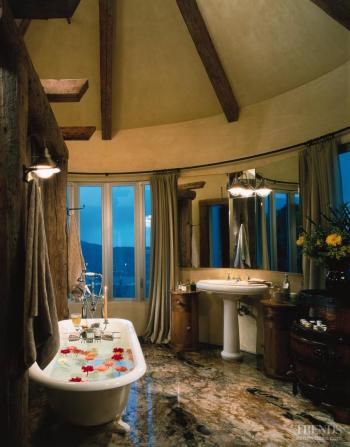 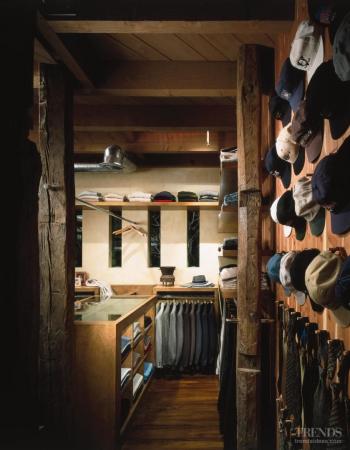 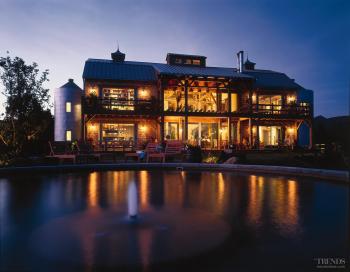 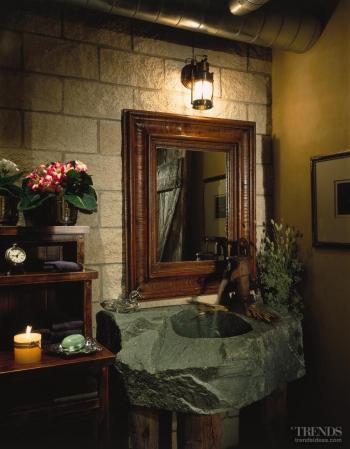 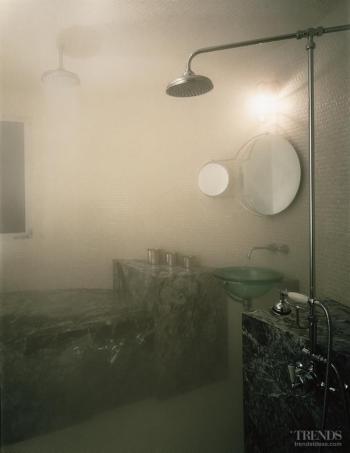 "The wood is in its original, unfinished state," says Landry. "It is also used for columns in the wardrobe and dressing room."

The master bedroom adjoins one of two large sheet-metal silos positioned at either end of the house. These circular structures accommodate the bathrooms.

Rustic beams also crisscross the ceilings of the bedroom and master bathroom. Other raw materials include split-face concrete block walls and unfinished steel, which has been left to develop its own patina.

"Leaving the structural elements and the ducting exposed is a rather contemporary gesture," says Landry.

A modern look is also provided by the soffit ceiling that appears to float above the bed. This features downlights and subtle cove lighting.

In the master bathroom, an antique oak wine barrel has been made into a cabinet and is paired with a pedestal basin and claw-foot bath. The colourful marble flooring slabs were book-matched so the joints cannot be seen.

A separate steam shower room beside the gym has a more modern feel, with a glass basin and granite seating.

Natural materials come to the fore again in the powder room, which features a large block of granite, carved and polished to create a basin. This is supported by a rustic wood column.