A light well features in this project by Royston Wilson Design

Entering this ensuite you could be forgiven for forgetting just what you came in for – there are so many eye-catching, sculptural features.

Designed by Katrina Luxton and Royston Wilson, the bathroom and corridor wardrobe inhabit a space claimed from the front verandah.

The walk-in wardrobe is in a corridor that connects the master bedroom to the ensuite. The wall of wardrobe doors is fronted in stitched leather with concealed underlighting creating a soft ambience. A full-length mirror at the end of the corridor optimises the sense of space.

Turning left on approach, the entry to the bathroom is flanked by a glass-walled shower to the left and a glass-walled light well to the right which is open to the sky and the weather. The light well is fully drained to cope with rain and contains a sculpture in the shape of a glass raindrop on a white plinth. 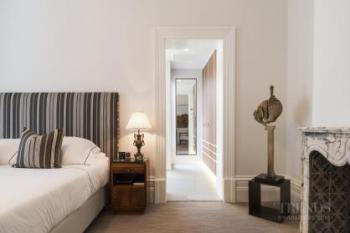 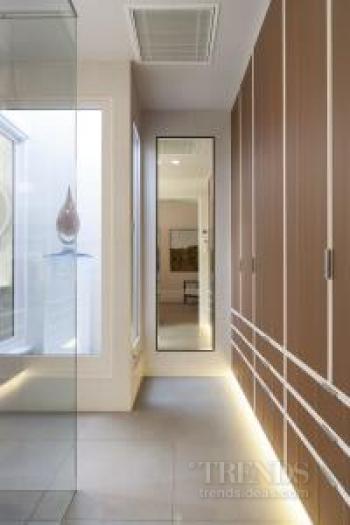 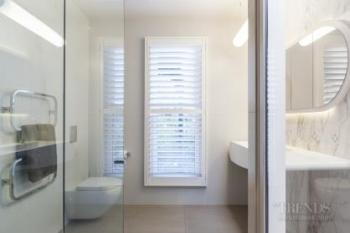 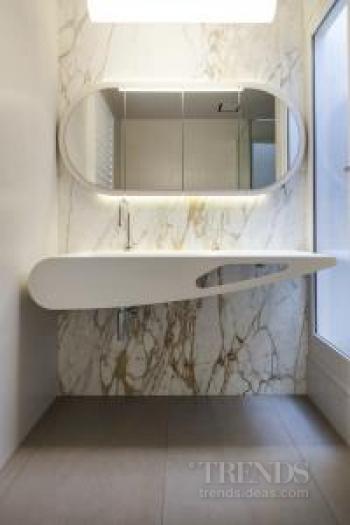 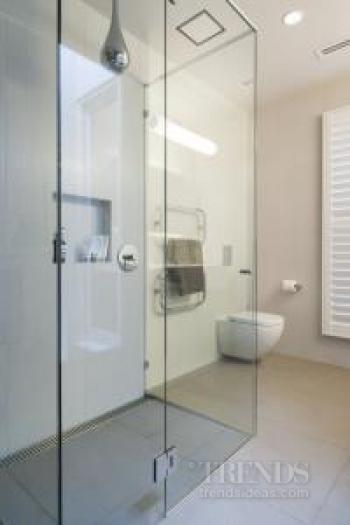 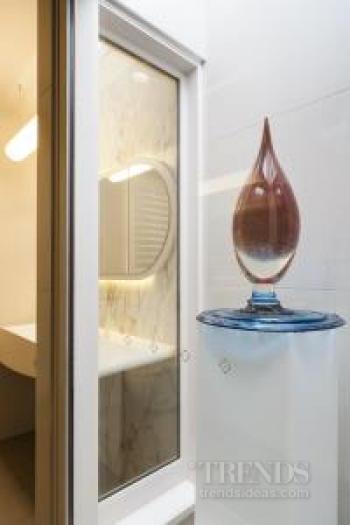 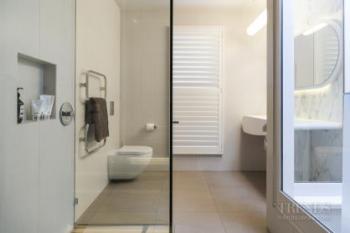 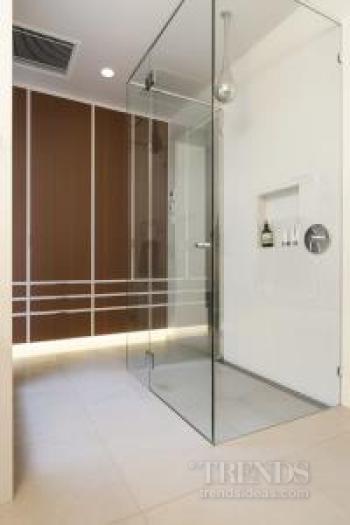 "You have to be standing in the space to fully appreciate the ethereal effect of the light well," says Wilson. "While it takes up valuable floor space, it also transforms the bathroom."

The shower on the left boasts its own artistic flair – in the form of the globe-shaped Goccia showerhead by Gessi. This futuristic fixture echoes the adjacent raindrop sculpture.

"The design evolved over the planning for this project," says Luxton. "Originally a deep basin and marble countertop were requested but this choice was modified in favour of a more dramatic piece. We found the Goccia Wall-Mounted Basin by Mastella Design and the owner loved it. It was modern, classic, funky and beautiful all at the same time."

With this basin selected, the design stage was set and as the beautiful marble originally destined to be the benchtop was no longer needed, so it became a feature backdrop to the new vanity.

"To complete the artistic picture, we chose an oval mirror wall cabinet which complements the fluid lines of the basin. This has a timber-look interior, complete with an additional inside mirror and glass shelving," says Luxton.

Together with an artistic feel, the space is highly practical – from underfloor heating to a towel holder in the basin front. However, it's the ensuite's light-filled ambience that wins the day.