A few of my favorite things

A few of my favorite things Discover this article's resources 0

Possibly the most enjoyable way to appreciate a large, eclectic collection of art and objects is when it is arranged in its natural setting – decorating the rooms of a private home.

The owners of this apartment in The Sovereign, a Sigmund Sommer-designed building on New York's Upper East Side, have been avid collectors of art and mid-century modern furniture for a number of years. As their collection expanded, so too did their need for space to display it.

When it was apparent their apartment on the 28th floor of The Sovereign was too small for them and their collectibles, they purchased the apartment next door and expanded into that. The increased floor space gave them the chance to spread out and enjoy their favorite pieces.

Owner Marla Helene says she has always been fascinated by art and antiques, particularly furniture.

"My objective with the apartment design was to create a clean and modern space that allowed the historical impact of the various pieces of furniture and works of art to be appreciated," she says. 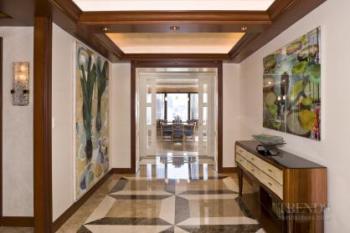 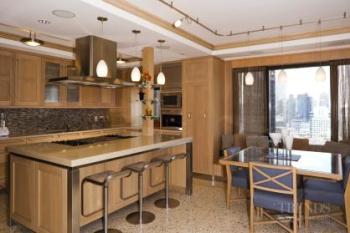 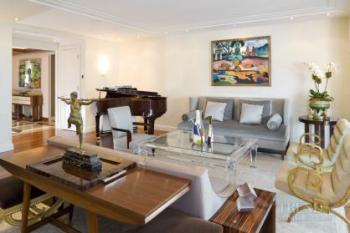 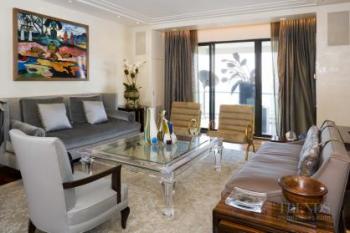 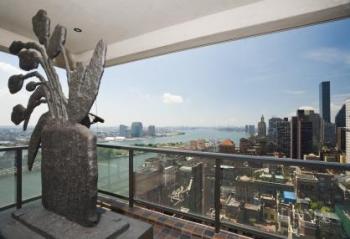 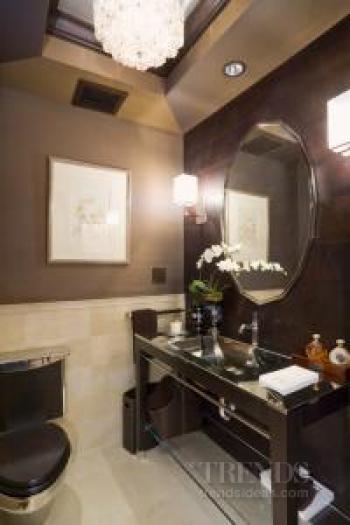 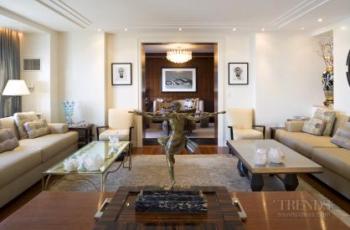 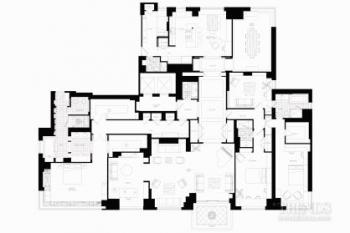 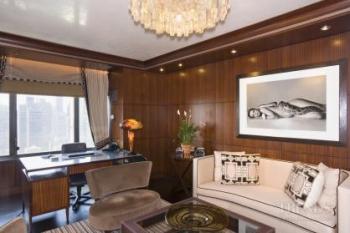 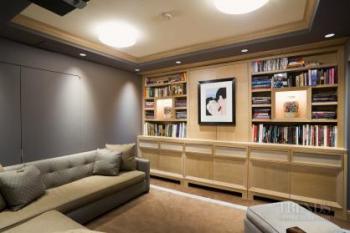 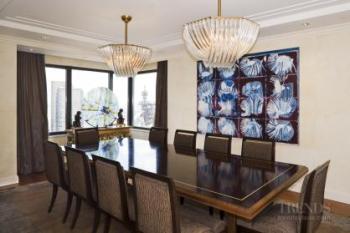 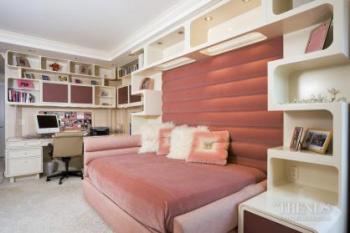 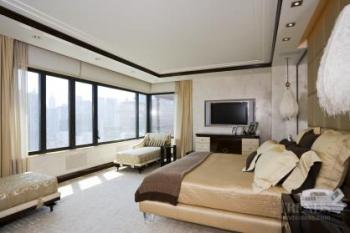 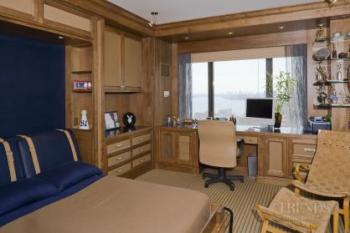 Architect Alan Berman was called on to refit the double apartment to provide more expansive living areas, gallery space for artworks, an appropriate setting for the furniture, a large, separate master wing and bedrooms for their children.

The remodeled apartment radiates out from a grand foyer and central hallway that doubles as an art gallery. Living rooms, family spaces, a kitchen and dining rooms open off it, and a second hall leads directly to the private master suite.

"We chose a neutral color scheme for the walls to create a sensitive backdrop for showcasing the art and furnishings," says Berman.

Walls in the main living areas have a Venetian plaster finish that is painted in a soft shade of white. Mahogany floors provide a background for the owners' handmade silk rugs.

The living room is divided into two sections, the more casual area including a grand piano, and sofas and chairs of mainly American and French origin. These are in a mid-century modern style. Two chairs with gilded arms were made by 1950s French furniture designer Royère.

"Most of the furniture has been upholstered in solid colors, rather than more active prints. The resulting monochromatic scheme not only creates a more relaxing interior, it also allows the art to stand out," says the owner.

Paintings and sculptures include an original work by Brazilian photographer Vik Muniz, Murano glass from the 1950s by Ansolo Fugo and blown by Giulio Ferro, and a delicate Art Deco bronze by French sculptor Pierre Le Faguays.

Opening off the more formal part of the living area is a study, dominated by an original Richard Avedon lithograph of Nastassja Kinski. For a more masculine atmosphere, teak wood panels line the walls, and the floor is finished in leather. The desk was made in the 1950s by Italian furniture designer Gio Ponti.

The daughter's bedroom design draws its inspiration from the swinging sixties. Its central feature is a large daybed with a padded pink velvet headboard and pink velvet loose cover. White shag-pile carpet, pink and white cushions and built-in desks and shelves complete the mod look.

A blue-and-brown color scheme makes an appropriate background for a bedroom that is fitted out to meet the needs of a boy, with built-in shelves for sports trophies, storage cupboards and a study alcove. To provide as much clear space as possible for relaxation, the room has a Murphy bed.

The apartment also includes a media room with high-end projection and audio visual equipment. Most of the components are concealed behind purpose-designed cabinetry that lines one wall. A projection screen, which drops down in front of the bookcase, is concealed in the ceiling.

The entire house is operated using a Crestron automation system, which controls lighting, curtains, heating and security, as well as the home entertainment equipment.