A bit of a puzzle

A bit of a puzzle Discover this article's resources 0

Fitting out an apartment from scratch can take anywhere from six months to several years, depending on the size of the project, the complexity of the design and in which city you live.

In New York, projects such as this can easily take several years to complete, so when architect Joe Valerio was approached by a client to refit an old apartment, he anticipated a long job.

The apartment was a loft on the third floor of a building constructed in the late 1800s and other than drywall, electricity, plumbing, wooden floors and bathrooms, it was quite empty.

"After months of delays, the owners asked me what sort of installation I could do in one month. They are interested in art, so we took the concept of a museum, where artwork, hung on plain walls, transforms an empty space.

"We found it would be possible to fabricate and pre-assemble metal into giant pieces of sculpture off site, then ship them to New York, crane them into the apartment and install them within the client's time frame," he says. 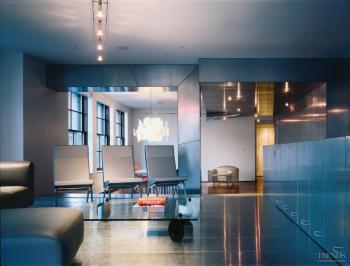 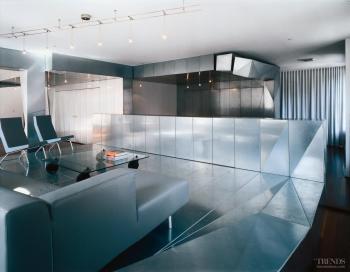 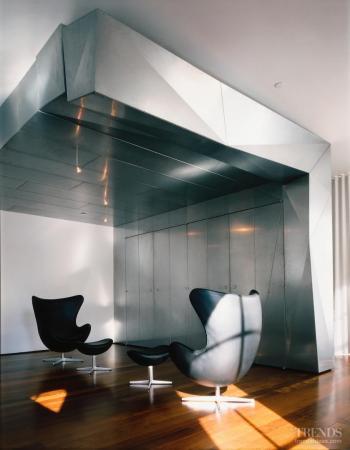 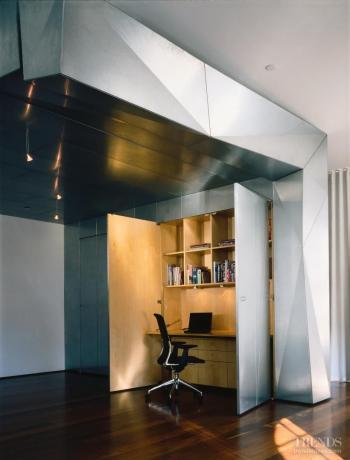 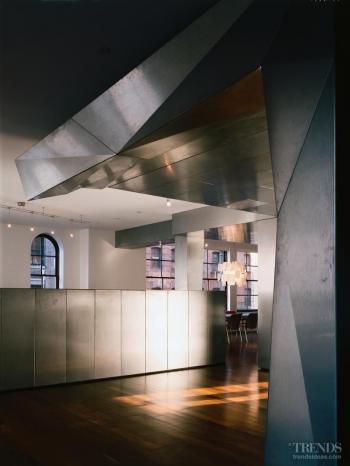 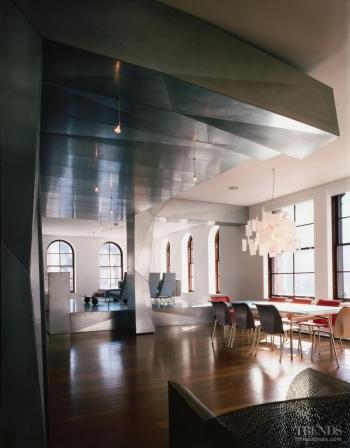 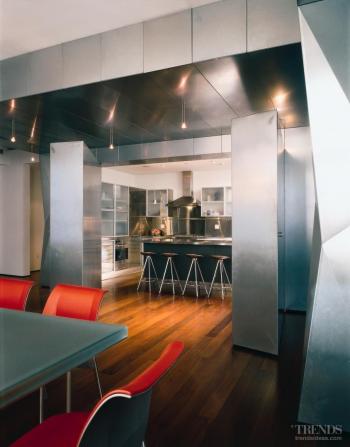 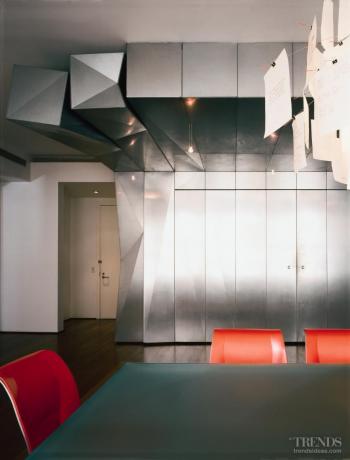 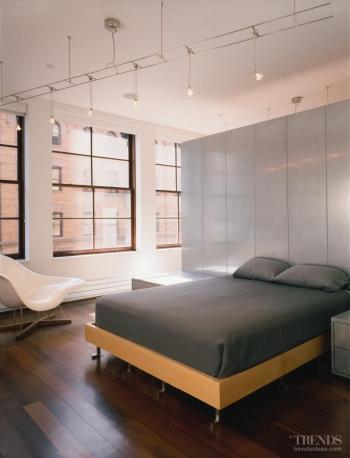 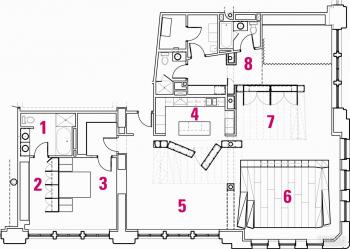 "For this to be successful, we had to develop the design of the various rooms around the process of construction. The whole project was rather like a giant jigsaw puzzle."

Because the metal units had to be brought in through a window and set up to be assembled quickly, the design had to be modular.

"We began with regular pieces which looked too perfect; from here the idea developed to take a few of the standard pieces and have them folded and bent like a big automobile in a crash. This added an element of uncertainty – and a more human response – to a very metallic apartment," Valerio says.

Another element that adds a quirky touch to the living zone is a – purposeful – dent in one of the columns framing the edge of the platform.

"This imperfection looks as if it is the result of a traffic accident, and adds another note of unpredictability to the design," the architect says.

The living room module includes an elevated platform that helps to subtly define this zone within the whole floor space. Because the apartment is on one corner of the building, it has windows on two faces, and by elevating the living zone, its floor is on the same level as the sills of the windows. In this way it becomes a vantage point from which to look down on the street below.

A half-height wall of cupboards, made from the same sheet metal modules as the rest of the fit out, provides some separation between the living zone and the home office. These cupboards offer space for the discreet storage of the plasma screen and audio equipment.

Wooden floors are a feature of most of the apartment, apart from the living zone. These soften and add warmth to the installation and their colour creates another dimension where it reflects the metal modules. Large, wooden, arched, sash windows, an element of the original building, also add a gracious note to the otherwise very contemporary style of the apartment.

The clean appearance of the space is maintained throughout the installation. The kitchen, another modular unit, fits into one corner of the space. When the large, 2.44m x 2.13m panel doors are closed none of the kitchen is visible. However, once these doors are pulled open and folded back, the kitchen is revealed. Behind its doors, it is deep enough to include a countertop, hob and sink on the back wall, a wall oven on the side wall and a freestanding island with bar stools pulled up to it.

A mix of stainless steel and glass was selected for the kitchen cabinetry to match the galvanised steel of the larger modules.

The home office works on the same principle, although it is not so spacious as the kitchen. Steel doors fold back to reveal a desk, chair, filing cabinets and open shelving. Another set of doors in the same zone provides additional storage space.

The bedroom is at the far end of the space, past the dining table. This module includes a walk-in closet that forms a private space behind the bed, and provides access to the master bathroom.