Tucked away down a quiet city lane, this restaurant in a heritage building recalls traditional Parisian brasseries and New York bistros – and adds a touch of whimsy

The days of pretentious fine dining may be on the wane – that's the word on the street. Sure, diners still want exceptional service and food, but they are not so interested in needlessly formal restaurants that take themselves far too seriously.

The new Felix restaurant in Sydney, owned by Merivale and designed by Dreamtime Australia Design, captures this mood precisely. Attention to detail is everything, but there's an underlying sense of whimsy and humour that makes the restaurant seem more lively, accessible and inviting than its more conservative counterparts.

"Traditionally, laneway dining evokes a sense of exploration – this is all part of the charm and a key reason for the success of Parisian brasseries and New York bistros. This laneway setting was ideally suited to just such a restaurant."

Because the lane is not a retail street, Gordon says it was necessary to ensure the restaurant could be glimpsed from the end of the road. 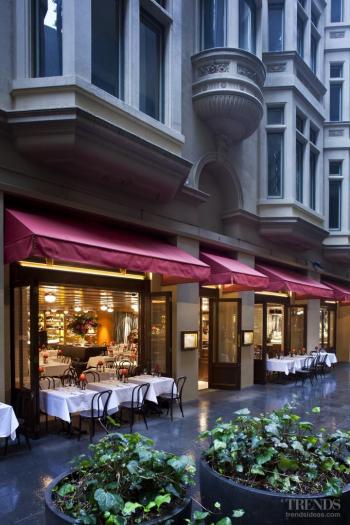 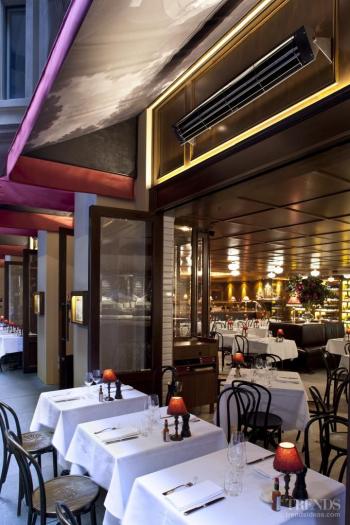 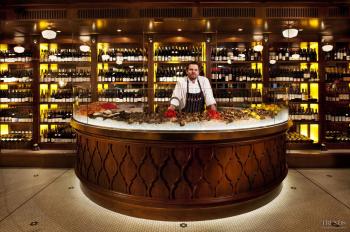 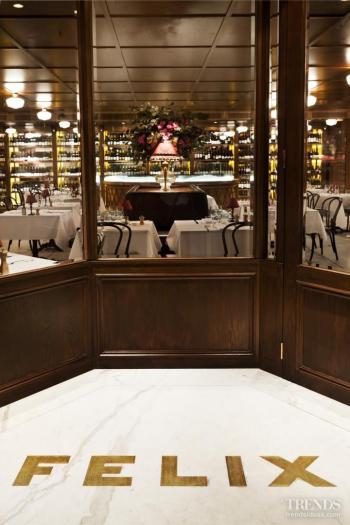 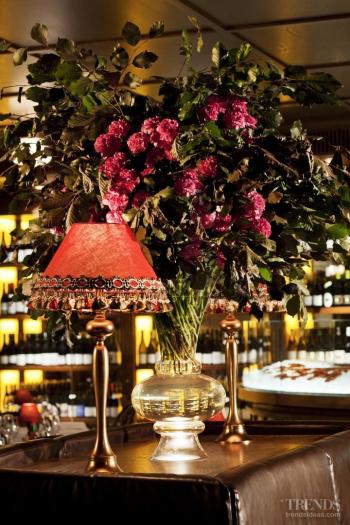 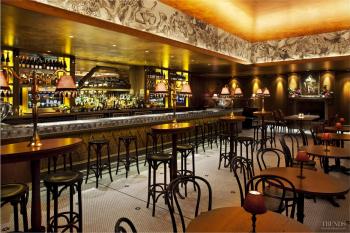 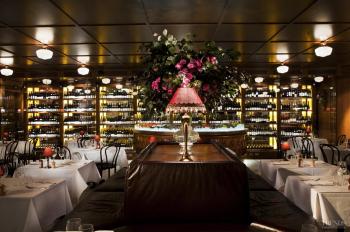 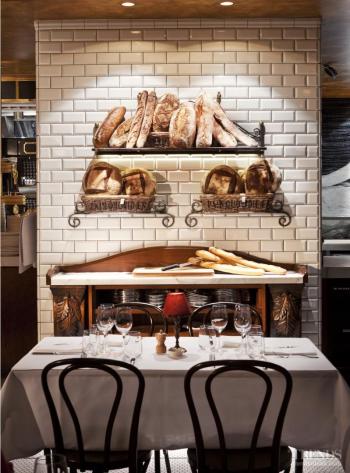 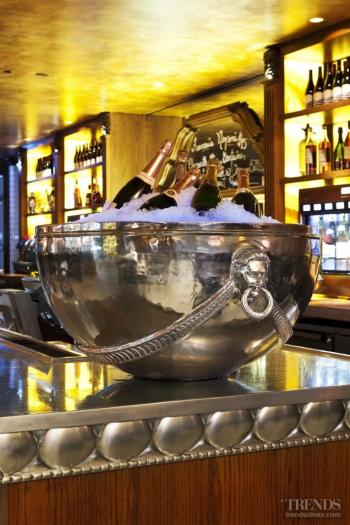 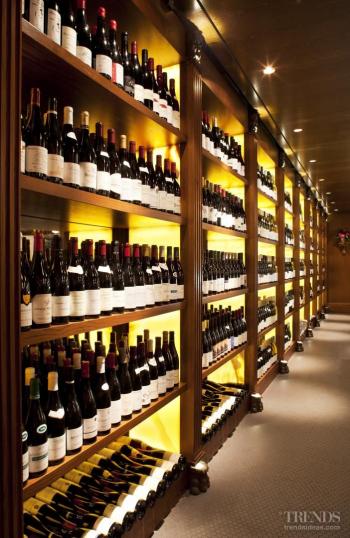 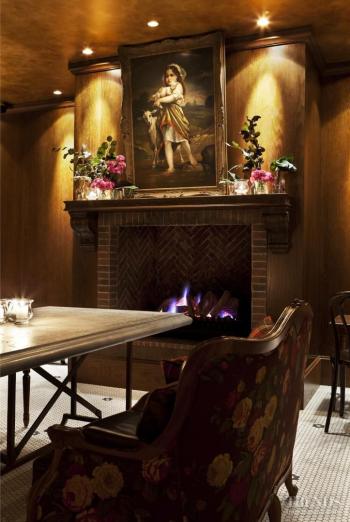 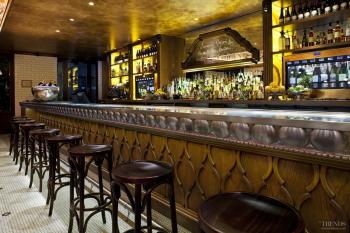 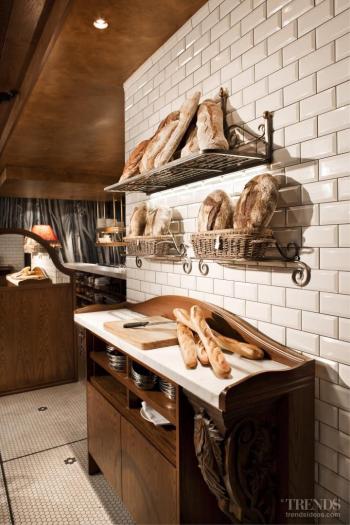 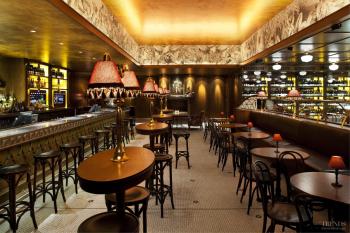 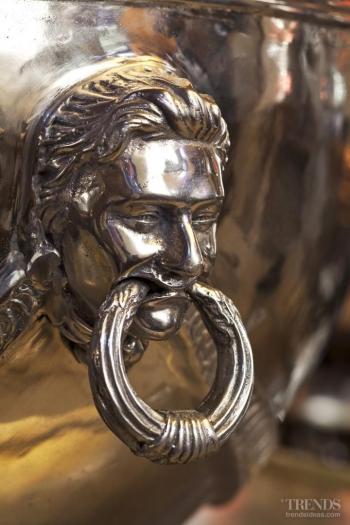 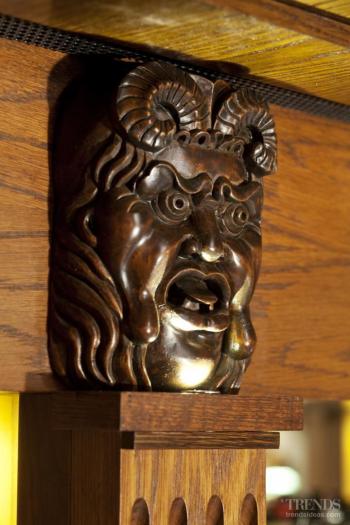 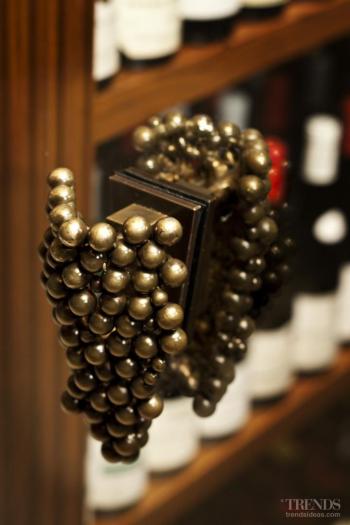 "It needed to grab the eye from 100m, hence the traditional bright red awnings and outside tables. As patrons get closer, the more whimsical elements become more obvious, such as the Renaissance-style paintings on the underside of the awnings."

Inside, the French connection continues, but the ornate elements are balanced by simple finishes.

"It was always our intent not to make it too refined or untouchable," says Gordon. "We wanted diners to feel comfortable. Historically, a French restaurant with gold embellishments and large champagne urns would only have appealed to a very small section of high society. But we have added traditional bentwood chairs and subway tiles. These are commonplace items that everyone can relate to."

Key features of the interior include a variety of seating areas, with banquette seating creating partitions between these spaces. There is also an oyster bar for serving oysters, lobsters and prawns, a French-style bread station, a bar, fireplace nook and a wine cellar that extends along the entire back wall of the restaurant. The bar and wine cellar are backed by mirrored walls, backlit golden onyx section dividers, and hand-carved American oak mouldings topped with carved masks.

"There is an underlying sense of humour throughout the restaurant," says Gordon. "We imagine people might not even pick up on some of the features until their third or fourth visit. For example, there are claw feet on the banquettes, cellar door handles in the shape of a bunch of grapes, and the handcrafted face that appears on the oversized champagne urns is that of the owner, Justin Hemmes."

Gordon says virtually everything was custom designed and manufactured for this project, including the 11m-long hand-carved pewter bartop, and the handcrafted American oak veneer panelling that fronts the main bar and the oyster bar.

Similar dark-stained American oak features on the panelled ceiling in the restaurant, defining the dining area and enhancing its intimacy. In contrast, the bar has a coffered ceiling with uplights highlighting a decorative, multi-layered paint finish. The ceiling is banded by a mosaic tile artwork reminiscent of French Renaissance paintings – another quirky detail that stimulates conversation.

"We didn't want to fake the age of the interior, or try to make it look as though it had been there for hundreds of years," says Gordon. "Instead, we chose to reference the era, rather than create a literal reproduction."