Residential architecture in the 1970s was not particularly memorable, but houses built in this decade can be transformed by a Mid-century Modern treatment.

This holiday home, owned by John Wilson, has been extensively renovated by designers Melanie Craig and Gaynor Rodgers of Melanie Craig Design. Keeping to the original footprint, the design team replaced the top storey of the house and added a new kitchen with indoor-outdoor flow.

Craig says the former L-shaped kitchen was large, but very tired. And there was no connection to the outdoors.

The new kitchen, in the same position, opens to a new north-facing balcony that maximises the sun and spectacular lake views. The indoor-outdoor link is also reinforced by a composite stone benchtop, which continues out beyond the sliding door to form a built-in barbecue area.

Working with the 1970s architectural style of the house, the designers chose to introduce a Mid-Century Modern look that would also complement the owners' contemporary furniture. 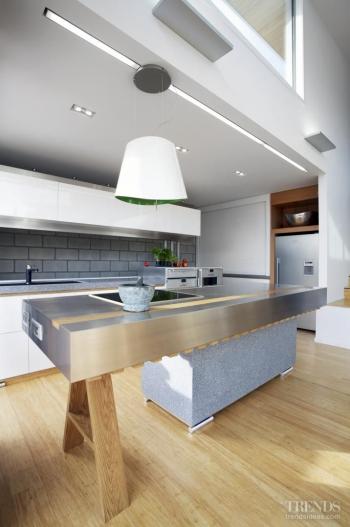 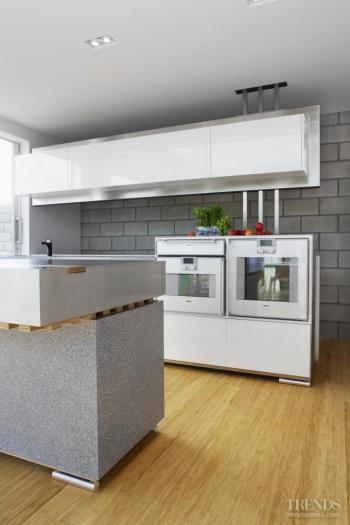 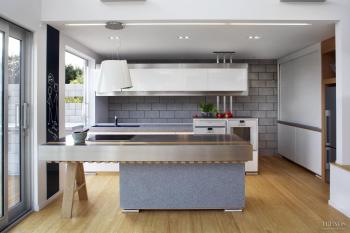 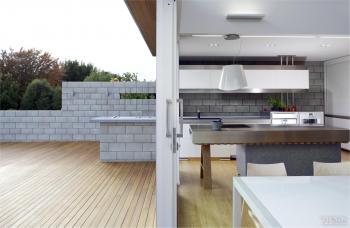 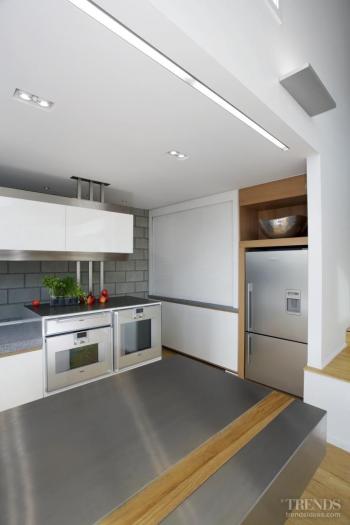 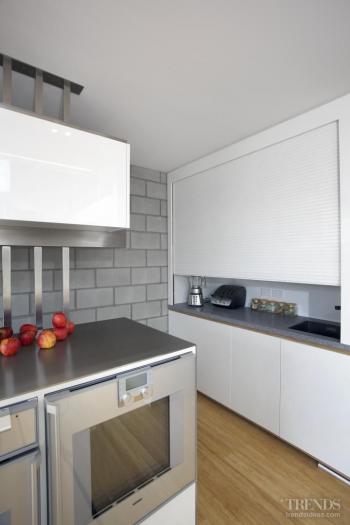 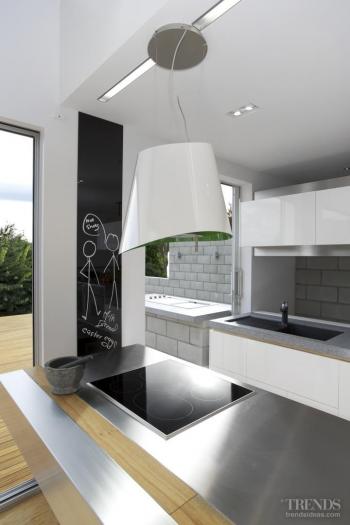 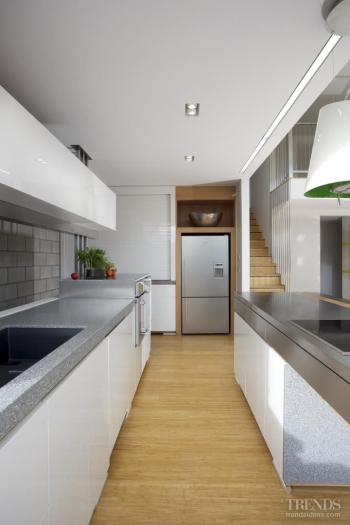 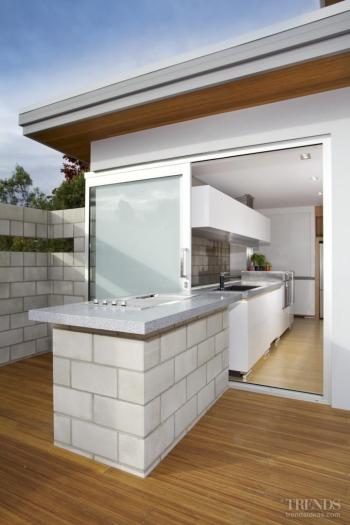 "The concrete block wall, for example, enhances this look," says Rodgers. "However, the blocks were shaved to create a thin veneer, which saves space. For visual continuity, the new concrete block wall outside lines up with these blocks."

A large stainless steel island supported by plywood boards and American oak trestle legs is a key feature. At the other end, the island is supported by a cabinet clad in composite stone. All the cabinets have stainless steel feet with a dark blue negative detail. Other key features include a large automated garage door that hides an additional food preparation area, automated overhead cupboard doors, and two ovens wrapped in stainless steel, which provides a landing space for hot dishes.