The greenest house is the one already built – a popular maxim that applies equally well to an entire building. And the adaptive reuse of a 1980s office tower to create Hopetoun Residences brought many advantages besides respect for the planet.

David Mahoney, chief executive officer at developer Tawera Group, says there were several advantages to reinventing the office tower as contemporary apartments rather than starting again.

"The in-ground costs of a new building can be prohibitive – if you do your homework right and choose a building with sound foundations and services, costs are brought down considerably.

"With Hopetoun, another advantage was aiming the apartments at owner-occupiers, over investors. Someone who intends to live in a unit rather than look for an optimum return cares more about the quality, space, views – everything Hopetoun offers."

Hopetoun offered a head start in these areas. It already had the great views, generous parking facilities and the large, open-plan spaces desired. 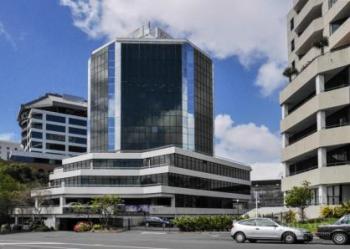 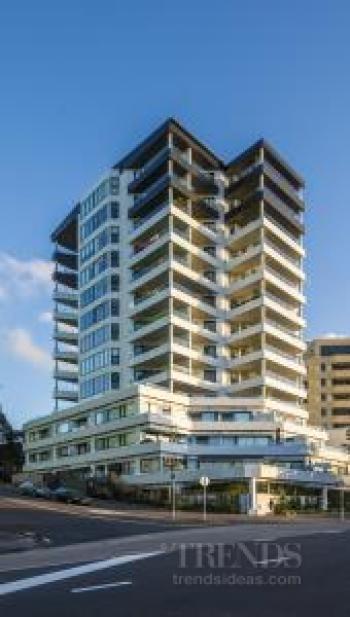 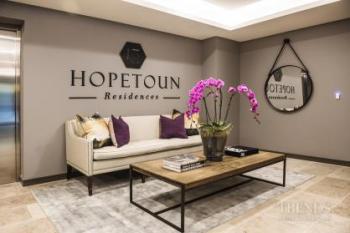 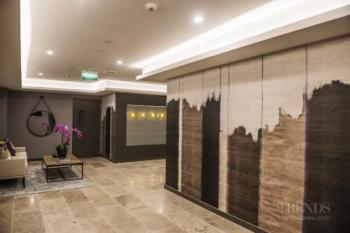 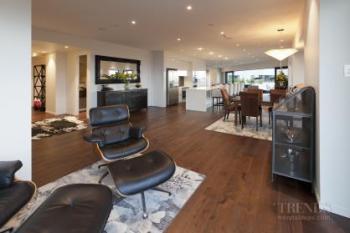 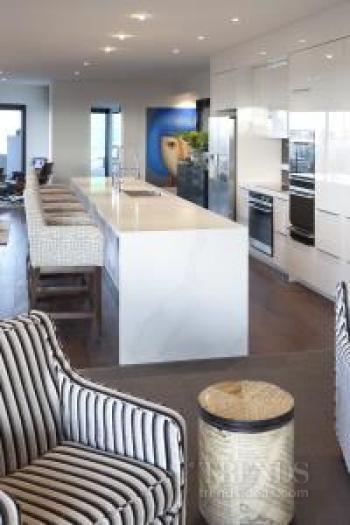 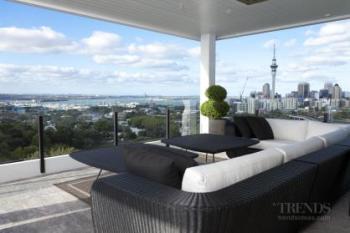 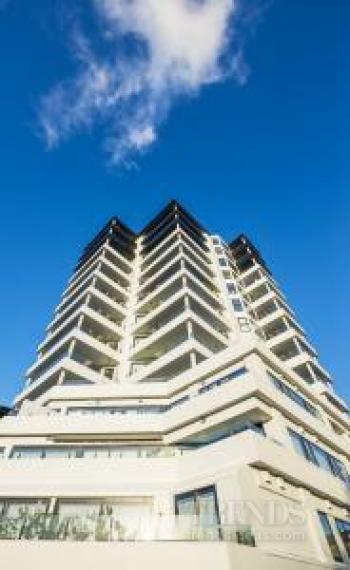 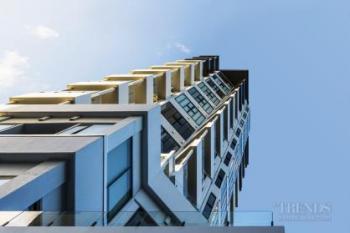 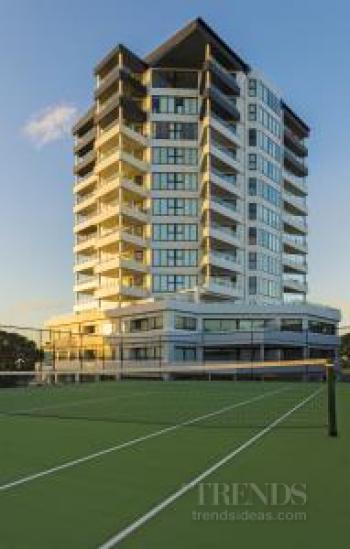 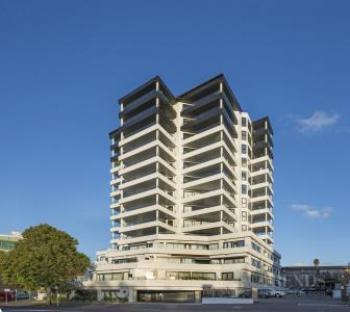 The upgrade was undertaken by Paul Brown Architects with Andrew Smith as project architect.

"From a design perspective the monolithic, octagonal building has been transformed. The tower footprint wasn't that large so we were able to add large decks, particularly to the North, and enhance the favourable views and aspect.

"The decks created the main design effect – their angular forms appear to float around the structure while maintaining the building's strong core form."

The broad podium provides for additional owner storage space at the core and an existing tennis court was raised to add more car parks."

While the building had great bones, a floor level had dipped which led to the reinforcement of the four core columns by wrapping them in carbon fibre. The increased strength also allowed for the addition of two extra storeys. These banish the tower's originally rather squat appearance, replacing it with a taller, more elegant presence.

The interiors were stripped out and repurposed for apartment living. The existing deep floor plates allowed for generous storage towards the core while the building's commercial floor-to-ceiling layouts provided for high ceilings and the large ceiling cavities needed to run modern services and greatly increase the acoustic performance between floors.

Fibre optic cabling and LED lighting has been fitted throughout to greatly improve energy-efficiency and future proof the units' connectivity.

The reaction of the apartment owners has been enthusiastic. One occupant, Wayne Foster, bought three apartments on one level and combined them for 360 degree deck views of Auckland.

"With the benefit of purchasing off the plans, my partner and I were able to redesign the entire space to suit our lifestyle," says Foster. "The large kitchen and dining area is the entertainment focus of the apartment while stunning views are enjoyed from each of the three balconies. To emphasise the expansive, open nature of the hybrid apartment, a wood floor was introduced to flow throughout."

The love and attention lavished by Foster on his apartment is typical of the pride of place enjoyed by owner occupiers at Hopetoun Residences, says Tawera Group's David Mahoney.